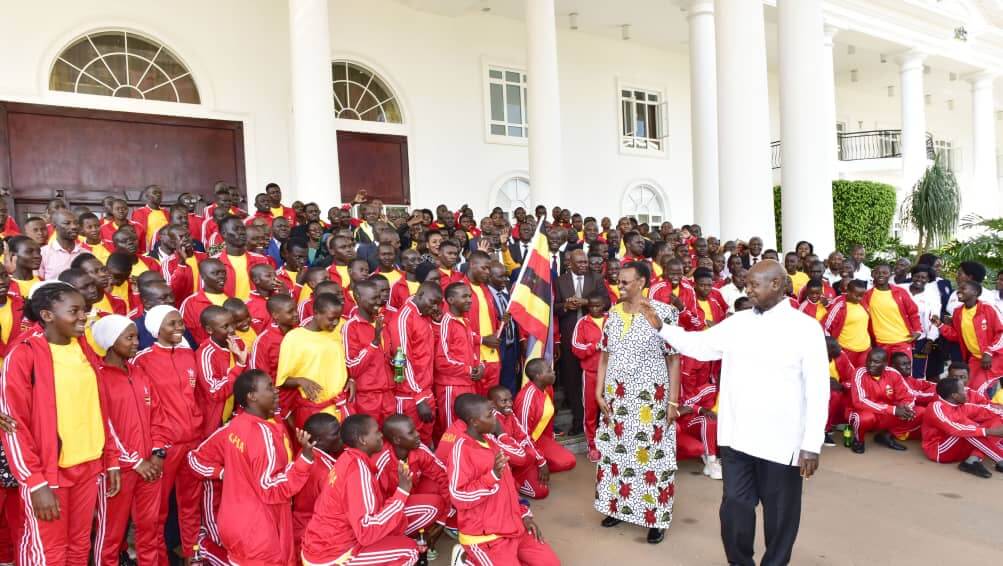 The event that started on 11th August will run up to 24th Aug 2019 under the theme “One People, one Destiny” with six Countries that form the EAC; Burundi, Kenya, Rwanda, South Sudan, Tanzania and Uganda.

The Uganda Contingent, code named “Mission Uganda” which was flagged off on the 10th August is comprised of different teams of Football, team, net ball, Volley ball, basketball and the umpires. The contingent, under the command of Col John Mark Ssemanda who is also the Director of Sports in UPDF, emerged the third in the same games and cultural event held in Burundi last year where they won various number of medals which included Silver in Football and Net ball, Bronze in Volley ball and the second in Cross Country.

The Cabinet Secretary for Defence Kenya, Hon Racheal Omamo while presiding over the ceremony applauded the sister East African Community countries for honoring their invitation and the teams for their efforts in training that has made the occasion take place in Nairobi. She added that without their partnership, Kenya would not mark this milestone. “These games are invisible steps which affirm the unity and togetherness amongst the East African member states.Sports and Cultural events create good relationships not only amongst the countries but also among the players which helps them acquire different skills through working and living together ”,she said.

H.E Omamo also congratulated Southern Sudan upon joining the games for the first time and called upon all the participants to work together, eat together and enjoy together, regardless of which countries they come from in order to farther the EAC Objectives. In her conclusion, she assured participants of peace and security in Kenya and called upon them to feel at home throughout the event.

The Kenyan Defence Forces Chief of General Staff, Gen. Samson Mwathethe in his remarks said that he was honored to host the EAC Military Games and Cultural events for the second time since 2007. He called upon the East African member states to emulate the EA Defence forces and fast track the regional integration in other sectors if East Africa inorder to realize tremendous unity, peace and Development. “EAC Military event will cement and foster the solidarity through the sports and cultural participation which will improve on the health, Skills and unity of the militants”,said General Mwathetha.

Safe Houses are for State Security Work, not Torturing People