Uganda’s Uniqueness and Why You Should Visit the Country

Uganda is a country everyone should visit to witness the best of God’s creation. Words are not enough to describe Uganda but you need to see the country for yourself.

Uganda is endowed with a range of tourism resources which include bio-diversity and a varied landscape that encompass the snowcapped Rwenzori Mountains, immense Lake Victoria, the principal source of the great River Nile and with abundant wildlife that include;

Awesome wildlife encounters; Uganda is home to the 7 big animals that is Elephants, Buffaloes, Leopards, Rhinos, Mountain Gorillas, Lions and Chimpanzees. You will have incredible encounters with these animals plus the abundant wildlife found in the pearl of Africa.

Mount Gorilla Tracking; The Pearl of Africa is the premier destination for those that seek to have a personal encounter with the gentle giants of the forest. Half of the endangered mountain gorillas are found in Uganda. Tracking them in Bwindi Impenetrable Forest and Mgahinga National Park should be on every travelers list. It’s in Africa’s heart, its Pearl, Uganda where you can have that once-in-a-lifetime visit with the rare Mountain Gorillas.

Top Birding Destination; It is one of Africa’s favorite and richest birding destination with over 1060 plus species of birds recorded. These bird species can be found in Lakes, Swamps, Rivers, Forests, savannahs and cultivated land. You will come across the gray crowned crane called the Crested Crane which is the national bird of Uganda, the Marabou Stork which is seen almost everywhere in Uganda plus the Shoebill Stork.

Stunning Scenery; The Pearl has been truly gifted by nature. It’s unlike any other safari destination in Africa. Winston Churchill calls Uganda a fairy tale, the landscape is different from anything elsewhere to be seen in the whole range of Africa.

Bwindi Impenetrable Forest was named the most beautiful place in the whole world by CNN-Travel. Mgahinga National Park was named the third “Must-Photograph” place in the world, an evergreen landscape with scenery befitting any coffee table picture book. You have to come and see Uganda for Yourself.

Hitting the Trails-Climbing the Peaks; there are the Rwenzori Mountain where you cannot climb the peaks of the tallest mountain range in Africa but hike in the foothills. Take a day to climb one of the three Virunga Volcanoes called the Mufumbiro Mountains.

Best Weather and Climate in East Africa; The weather and climate in Uganda is unlike any other East African Country. The evergreen African country can boat holiday weather all year long since even the rainy seasons, the sun comes out every day.

Friendly-Welcoming-Hospitable-Safe and Secure; One of the friendliest countries in the whole of Africa. The concept of African hospitality is deeply ingrained in Ugandan culture, a culture that not only welcomes guests but takes responsibility for their well-being while here. 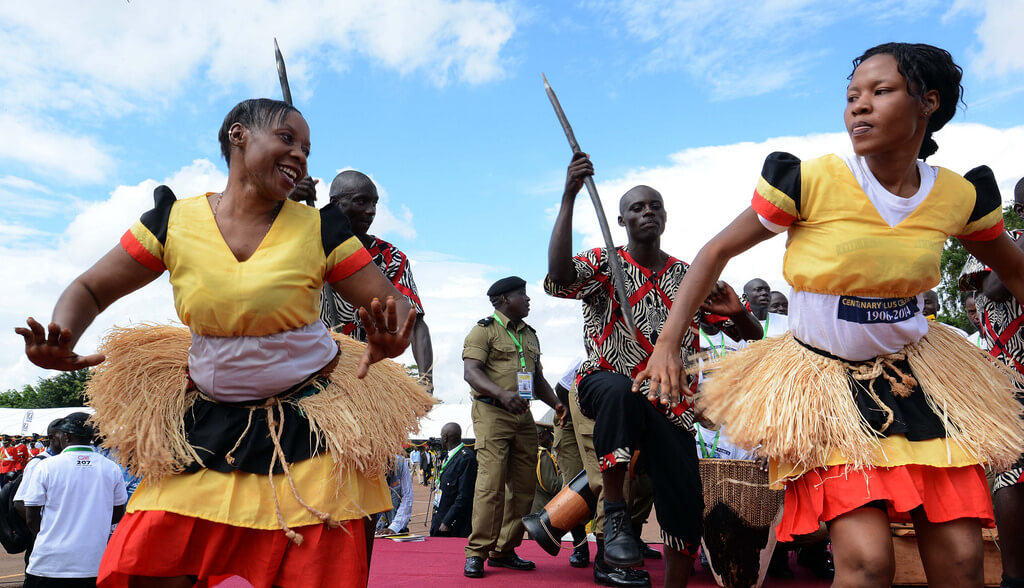 Uganda is safe, secure and stable, we just finished a vibrant election in January 2021.Uganda today is safe for tourists, it is friendly, welcoming, and hospitable plus it is the best English speaking country in the whole of Africa.

Being called the Pearl of Africa is not an illusion. Uganda inhabits so much that everyone both domestic and international should explore.