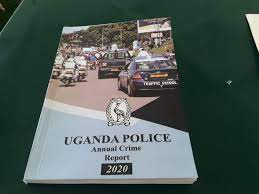 Uganda’s annual crime rate dropped by 8.9 percent in 2020 from the previous year, according to a new police report.

Inspector General of Police Martin Okoth Ochola attributed the drop to the COVID-19 lock down measures and the installation of surveillance equipment.

Ochola said the report would help the force understand better and analyze the emerging crime trends both nationally and locally however the general public attributes the crime fall to the curfew enforcement procedures.

Okello Joseph a senior citizen from Mukono says that curfew forces most of the people and economic activity to shut down which forces criminal offenders indoors.

He also said that the roadblocks that enforce curfew have become deterring factors to thieves and other criminals especially those that use motor vehicles and bikes.

“A thief cannot commit a robbery or murder and run for long before he is stopped at a road block. These road blocks might be inconveniencing but they have contributed to reduced crime especially at night,” he said.

However, some people credit the vigilance of the security and intelligence arms of the nation which due to the Presidential General elections and Covid-19 Sops, were on ground more than other ordinary times.

Share
Facebook
Twitter
Pinterest
WhatsApp
Previous article
WE KNOW YOU! SECURITY FORCES VOW TO ARREST ANYONE WITH PLANS OF DISTRACTING THE PRESIDENTIAL SWEARING IN CEREMONY
Next article
“Shaping Uganda’s destiny; our sole collective effort” -The theme that will usher in President-Elect YK Museveni