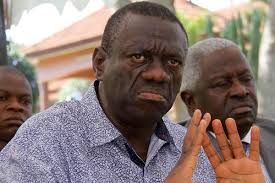 The Four-time presidential challenger, Col. Kizza Besigye has called on Ugandans not to fall prey to the lies and misconceptions by The Peoples’ Development Party (PDP) leader, Dr. Abed Bwanika on urging the opposition to form an Alliance ahead of the 2021 general elections.

Appearing on Radio Simba program “Olutindo” between 7.00pm -8.00pm hosted by Evans Walusimbi, Besigye said that they have over the years ensured that opposition alliance happens, but all in vain, they have failed to bring political parties together even when the parties already agreed on the thematic areas.

“Many times opposition party leaders in Uganda have attempted to formulate a joint team led by a single presidential candidate to be able to match the NRM party and its top contenders President Museveni in times of election but in vain.” Besigye said.

He commented that interparty alliance is not new in Uganda’s political sphere; he however noted that they lacked purpose, focus and objectivity; that they have been reading from the script, with the same flimsy excuses of failing to unseat President Museveni.

He stated that, “Some opposition members join alliance with an objective of undermining the goals and aspirations of the Opposition to take power.”

The idea of opposition alliance was mooted in 2008, when a protocol committing attempt to front a single presidential candidate to run as the opposition flag-bearer in 2011 flopped, in 2016 general elections, efforts by former Prime Minister Amama Mbabazi to form The Democratic Alliance (TDA) an alliance of biggest opposition political forces. TDA’s objective would be unity of all democratic forces a head of 2016 by fronting a joint single candidate for presidency, Parliamentary seats and local council positions.

However FDC’s Dr Kizza Besigye and Amama Mbabazi both who were tipped to carry the flag for the alliance failed because of their political appetite and lack of trust to disclose the source of their international campaign funds.