The International Monetary Fund (IMF) has agreed to release about US$240 million in funding to Uganda to support the nation’s economic recovery reforms which are key to unlocking the growth potential.

The funding follows a staff-level agreement reached between Government authorities and IMF staff on economic policies to conclude the combined second and third reviews of the 36-month Extended Credit Facility (ECF) financed program on 21st December 2022.

According to Dr. Malhar Nabar, the IMF Division Chief, World Economic Studies, Research Department, Uganda will have access to about US$249 million in financing once the review is formally completed by the IMF Executive Board in January, 2023.

“The economic recovery is underway despite roadblocks from global demand and supply-chain shocks that are affecting inflation and growth, constraining revenues and contributing to higher spending needs,” Dr Malhar noted. 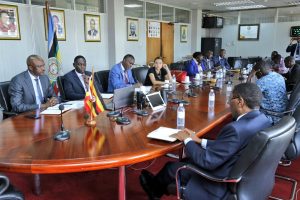 He added that authorities continue implementing their reform program with key policy actions focusing on prudent fiscal and monetary policies, growth- and debt-friendly composition of spending and financing, safeguarding a resilient financial sector, and anti-corruption measures.

“These reforms are helping offset challenges from the unfavorable external environment and are improving prospects,” he revealed.

Ramadhan Ggoobi, the Permanent Secretary and Secretary to the Treasury, welcomed the agreement and thanked the IMF executive for supporting the Government of Uganda reforms which are key to unlocking the growth potential. 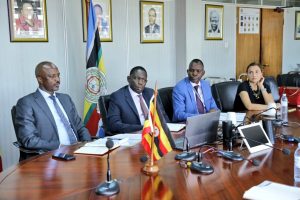 He pledged that the government of Uganda would continue working on agreed structural benchmarks for a better economy.