It was only tears of joy on Friday at Al Hilal stadium when the Hippos, the Uganda U20 men’s football team, without doubt defended and consolidated the regional record after overcoming South Sudan 2-1 in the finals of the CECAFA zonal qualifiers. 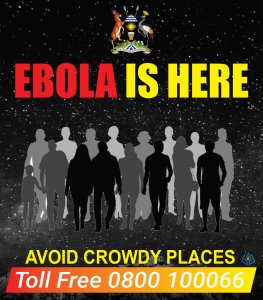 The Hippo’s overwhelming victory implies that it’s the champion of the CECAFA Zonal Qualifiers for the 2023 U20 African Cup of Nations.

The two teams that, according to organizers, played their finals for honors had already acquired slots for the U20 Africa Cup of Nations, which will be held in Egypt next year.

South Sudan was on top of things in the first stanza of the game because of the much-needed gas of Felix Abishai, who finished from close range.

Moments later, Uganda launched a counterattack through the younger blood, Bugembe Issa, whose determination was to clear the way for Uganda into the nets of South Sudan.

Uganda proved its CECAFA title with the winning goal, which came in the second half from Titus Ssematimba, who is also the Wakiso Giants midfielder.

According to the officials of CECAFA, it’s not the first time for Uganda to take the lead in the tournament because in 2020, the Pearl of Africa won in Tanzania.

Uganda Hippos played at U20 AFCON for the first time last year and defied odds to reach the final before losing 2-1 to eventual winners Ghana.

Cardinal Uganda’s players like Abdu Magada and Titus Ssematimba were named the best goalkeeper and most valuable player, respectively.