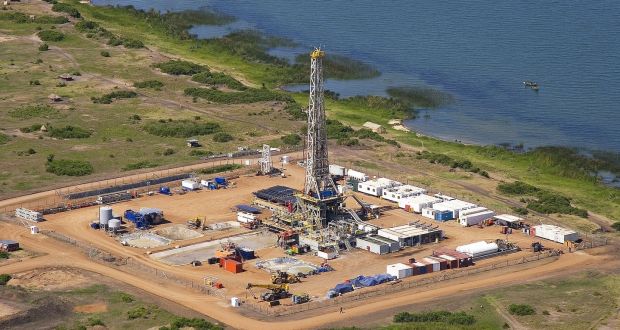 Uganda is set to begin oil production by 2022, from the Kingfisher and Tilenga blocks, Energy Minister Irene Muloni told our reporter on the sidelines of an energy conference in India.

Uganda is one of the hot spots for oil development in sub-Saharan Africa. A newcomer on the oil scene, the country has welcomed Tullow Oil, CNOOC, and Total in its oil-rich regions.

The government sees investments of US$15-20 billion made into its oil industry during the next three to four years and plans to build a pipeline to the Tanzanian coast and a refinery to jumpstart an oil industry.

“Uganda will have to build first a pipeline to export its oil and a refinery before starting oil production” minister Muloni said.

She added that, ” a final investment decision for the refinery would be made in September 2020 and it is planned to be ready three years later”.

The Uganda-Tanzania pipeline is planned to run from Hoima, Uganda, to Tanzania’s Port of Tanga. The financing for the project will come 70 percent from the governments of Tanzania and Uganda, with the remaining 30 percent from Tullow Oil and CNOOC.

France’s Total also co-owns part of Uganda’s oilfields, and may be negotiating for a stake in the pipeline project.

However, the Ugandan government said in December that the pipeline could be delayed as its investors hold out for a higher tariff, beyond the $12.20 per barrel tariff originally agreed upon.