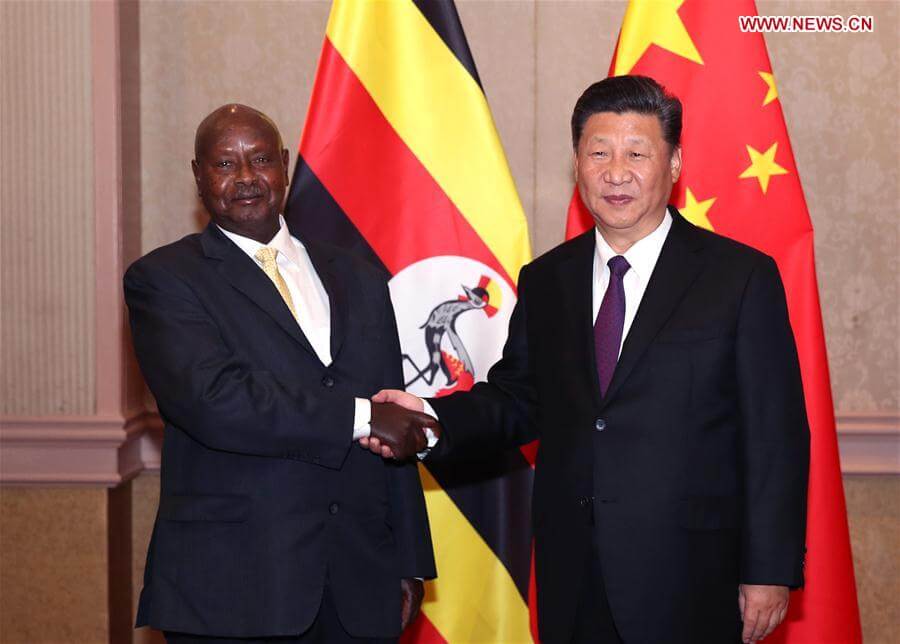 China has over the last three decades played a played a crucial role in the development of Uganda in various sectors and has of recently taken a lead role as our top Infrastructure developer.

While in China, Museveni is expected to renegotiate the deal for funding of the Standard Gauge Railway, which is meant to link Uganda and Kenya using a modern and robust railway system to replace the outdated meter gauge railway built by the British in the late 19th century.

The railway will just be the latest installment of projects spearheaded by our Chinese partners. The recently concluded Kampala-Entebbe express highway among other road projects is a testament to this growing partnership that is helping open up avenues for citizens to engage in constructive enterprises such as agriculture with easy access to markets.

The partnership is not only limited to economic development. The Chinese famously donated the Namboole national stadium which remains our largest sports complex whose fruits we see in Uganda’s improved performances at the international sports arena.

The Chinese have also sponsored Ugandan students for technical academic courses in China that have helped improve their technical competencies especially in agriculture and industry.

The Chinese are currently the biggest foreign investors in the country and have led to the successful establishment of the various industrial parks, where they have provided jobs to thousands of Ugandans and helped improve on our import deficit by producing commonly imported goods locally while providing market for our raw materials.

As the global economic and political dynamics continue to shift from West to East, it is of Paramount importance that our alliances with development and political partners reflect that shift. China has assumed a key role in the development of Africa in the 21st century, it is imperative that Uganda continues to embrace them.