Named after the British Consul to Uganda, General Gerald Portal, Fort Portal is the only town in Uganda with an English name. It is the center of Tooro Kingdom, which houses the Tooro king’s Palace, constructed by the British between 1891-1893.

Some of the tourist sites one can’t afford to not visit while visiting Fort Portal; 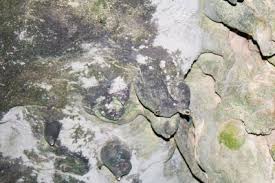 The Batoro tribe found in this area has an interesting myth attached to this cave, about the daughter of the king called Nyinamwiru who refused the husbands her father King Bukuku picked for her and chose to pick a husband of her own.

This greatly enraged the king and his subjects, seen as disobedience to the king and asked to punish her by cutting off her breasts so that she never gets married and breast feeds anyone, hence forth.

It is therefore believed that the scenic rocks are her breasts oozing with milk since that day. 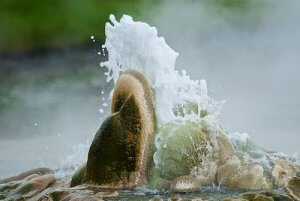 The hot springs are divided into two, male and female.  Locals named it Sempaya coming from a Kiswahili word Sehemu Mbaya meaning bad side. It comes out fiercely from the earth at 130 degrees Celsius with a puff of colds. They are so hot that tourists boil eggs in the hot springs.

Tooro Kingdom: is one of the traditional old kingdoms in Uganda that were abolished in 1967, but restored in 1993, stores some very interesting history of the Tooro Royal Palace which is home to the Omukama (King) of Tooro and can be found overlooking Fort Portal. 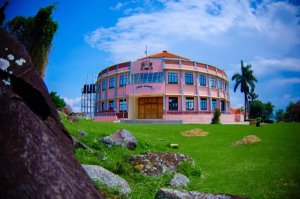