On November 18th, 2020, the National Unity Platform Presidential aspirant Robert Kyagulanyi while in Luuka Dustrict disobeyed Covid-19 guidelines and went ahead to hold a public procession which led to his arrest.

This triggered a set of violent events in different parts of the city where 54 people were killed, among them 32 were rioters and the 20 killed by stray bullets according to a report by Police.

Shortly after his arrest, the rowdy youths took to the streets and carried out violent demonstrations by burning tyres, looting property, beating up policemen in uniform, undressing women dressed in yellow and manning illegal road blocks where they extorted money from motorists and their passengers.

There was exchange of fire between the rioters and the security forces where a number lost their lives and others got severe injuries. 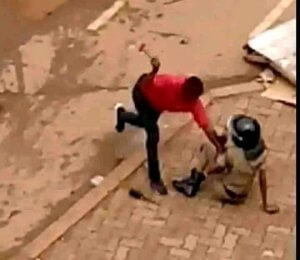 The then chairman Kampala City Traders Association, (KACITA) Everest Kayondo said the whole situation “would have been avoided incidences”.

As parents buried their children, the NUP top leadership was busy dinning with their families in their bungalows and never has Robert Kyagulanyi ever condemned the violence by his supporters, but rather he continues to condone their hooligan outbursts and illegal assembly.

It’s been two years since these unfortunate events happened but the NUP leadership is already mobilizing both online and physical meetings to commemorate the incidents.

Can NUP dare use the same opportunity to sensitize the young people that violence is not a way of solving societal problems?

The NUP leadership should rise above mere cheap popularity of playing to the gallery and posing for photos with victims of their own hooliganism.

Youths should take this as a lesson and desist from being used by ego-centric politicians who milk the situation at the expense of their naivety.

As Martin Luther once said “Nothing good ever comes of Violence”.