The Conspiracy that Katikiro Charles Peter Mayiga will deny being part of, Part 1 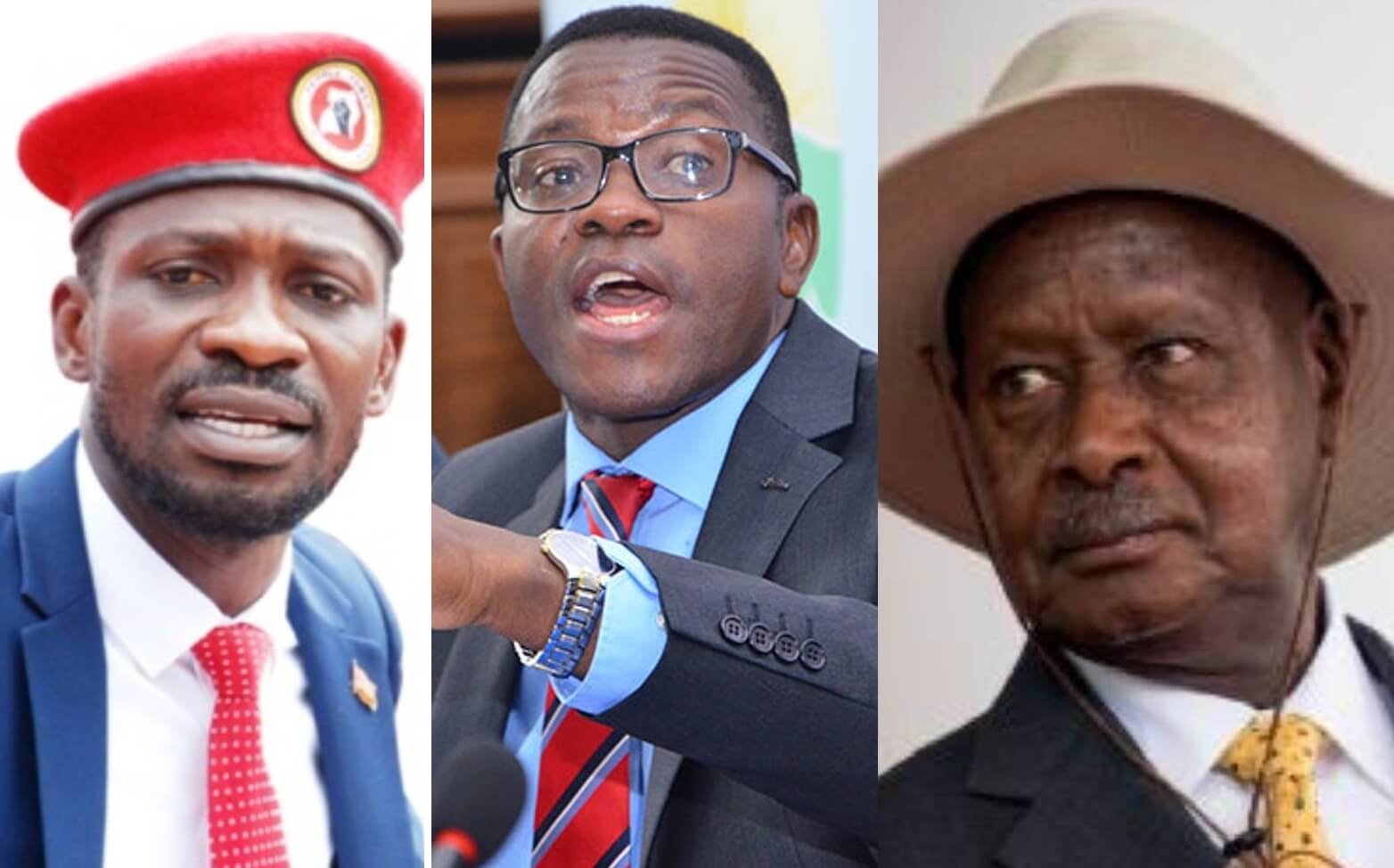 On the 14th of January, 2021 a conspiracy that some charlatans cracked up started to unravel. In this drama, Mr. Ssentamu Kyagulanyi anointed “Representative of the Youth”, and as the anointing Samuel was far away in the USA, a sub-ordinate priest was sought and found in The Nation Media Group.

The NMG with Mr. Ssentamu Kyagulanyi combination was a great match-up because the NMG group having fooled the entire world that they are a serious Press-House could deploy its “activists-for-more-comedy” in the guise of covering news and giving Kyagulanyi a veneer of a nationally acceptable candidate.

The conspirators started to believe their own fantasies as soon as the campaign began, after all the American Fantasy-Show Magazine called TIME said Kyagulanyi would win the vote. And within a week Mr. Abubaker Lubowa and Wandera Derrick as the activists working the Nairobi agenda set up a photo-opportunity in Soroti to seal the deal.

Having spread around exciting rumours about the current State of Uganda and delivered what in his head was sufficient abuse of the incumbent President.

So how was the conspirator supposed to play out?

The who included CPM  wanted Ugandans and the rest of the world to believe that after apparently losing by a landslide, Museveni would, out of his presumed hatred of humankind, kill all Kyagulanyi’s voters in an effort to enjoy a re-run of the bloodbath that even Besigye now claims happened during the Luwero War. Museveni is smarter than that. He could not take the bait.

Mayiga who was unconvinced by the strategy Bobi said he would use to get to the Presidency, was convinced by the passion of Bobi’s supporters especially since he was in Kampala for most of the campaign season and that was where the Media was most effective in spreading their own approved propaganda.

In trying to do his part in the project to install an Idiot as Uganda’s president, the erstwhile Opposition King-pin lost his hold on his mind and found time and energy to give the urban-myth Airplay on radio stations to directly hull insinuations that Uganda needed a new artist messiah.

It was perceived divination that Mr. Robert Ssentamu Kyagulanyi came to believe the conspiracy as some divine prophesy and since all conspiracies have heroes and villains, he was to play HERO. Thus he set off on November 23rd, 2020 to set up a VILLAIN because in this conspiracy the other players literally had to be dragged into the Fight. Around the 5th of December, 2020 he was handed a Villain he could present.

For months he had betted Museveni to join him in the foray, an offer Museveni refused to accept. So Kyagulanyi pulled his Ace, he arranged to get himself arrested and thus was handed a rare opportunity to instigate and cause riots, which his surrogates would keep going for as long as it would take the London and New York based media pundits to get to Uganda. To be honest, he seemed surprised at how fast the riots built up momentum and ferocity, and so did the security services.

Upon quelling the riots and releasing Kyagulanyi after acknowledgement that he was indeed violating the law by holding processions and rallies in ways likely to encourage the spread of COVID, Kyagulanyi of course went ahead with the one game-plan he had …. And that was to be “President of Uganda” because the foreign-based deities had told him SO in his dream.

Kyagulanyi had come to respect the POWER of his being seen in the news being arrested after all it takes hard work to get arrested in Uganda. Mr. Kyagulanyi worked so hard to get arrested for the more times that he got one of his aides killed and another seriously injured.

One feels for the ‘kanyamas’ Bobi hired to give him a feeling of importance, because it is difficult to be an aide to someone who constantly and incessantly assaults the security services for the sake of creating content for a YouTube or TV channel.

So on the 14th, when the foreigners came over to tell us how to have elections in our country, and who to elect who in their “elevated position” was supposed to Bobi Wine, Mr. Kyagulanyi who had for close to 4 years been spinning a Robin Hood- type story around his pseudo-liberation of enslaved Ugandans (the Master is Museveni apparently) had to find the evidence to show his audience.

Problem was that being a cosmetic group of liberators from mainly life mistakes, the Kyagulanyi and his fan-club did not have the evidence of the supposed dictatorship they wanted their financial and moral backers wanted to see and Museveni was proving even more popular than ever before despite the false message of him enslaving Ugandans because perhaps the Americans knowing about slavery couldn’t easily be convinced.

Kyagulanyi then played his last Ace, he threatened insurrection and waited on the government to react, and with the media now seemingly addicted to his adrenaline-rising antics paid fully attention to what hand the government would play. The government again refused the bait, opting for a boring and measured response, they decide it was time to protect Hon. Robert Ssentamu Kyagulanyi from H.E. Bobi Wine the wannabe Mafia don.

Kyagulanyi who has threatened insurrection, and in fact doubled down on that by having his family take exile after issuing the threat has somehow set himself up as a victim of the security cordon put around him.  It is like an arsonist demanding that all fire-extinguishers be removed from a building he or she threatened to burn sometime back after taking on insurance cover within two meters of himself.

Kyagulanyi has the western media believing that the security services around him are there to kill him, after all the diaspora Ugandans who convinced the gullible media there is some kind of youth uprising in Uganda told them Museveni is a bloodthirsty dictator. It is not going to be long before all this conspiracy generates boring content and BBC can’t really run it even on the Radio, leaving it for BBS Tv.

Part 2 of this article will give you details of the roles played by the lead team of the conspiracy.

Share
Facebook
Twitter
WhatsApp
Previous articleBUGANDA PREMIER CHARLES PETER MAYIGA’S CONSISTENT LIES COULD PLUNGE THE COUNTRY INTO ANARCHY
Next articleWHEN PRESIDENT MUSEVENI SAID THERE WOULD BE NO OPPOSITION BY 2021, HERE IS WHAT HE MEANT