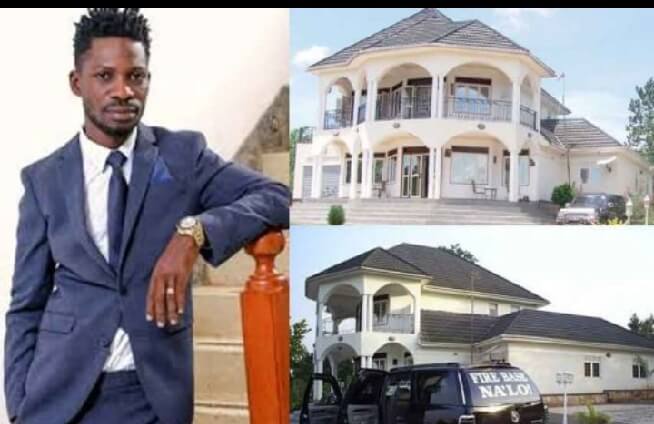 National Unity Platform (NUP), fundraising team led by a one Alice Kabanda announced a Mobile Money number for contributions as well as an online shop.

The fundraiser is targeting to collect 1.17Trillion Ug Shs that will be used to bankroll Bobi Wine for the 2021 general elections for which he has expressed interest to stand for presidency.

Bobi Wine and his wife contributed 20,000 shillings but called upon Ugandans to solicit a whooping 1.17Trillion Ug Shs to finance his presidential bid!

He then went ahead with his fleecing remarks to those in the Diaspora.

“I want to ask all of you here and abroad to be part of this fundraising. We shall need fuel, money for posters, yet we do not have all that money”, Bobi Wine is quoted to have implored.

As usual, gullible Ugandans comprising of especially redundant youths welcomed the idea with excitement, oblivious of the fact that the fundraiser is targeted to impoverish them at the expense of supporting an egoistic upcoming political novice who is already bagging trillions from supremacist gay funders across the globe.

Bobi Wine has been very critical of President Yoweri Museveni without giving due credit. He has often blamed President Museveni for bad governance that has crippled growth and impoverished the citizenry. Not true to his word, Bobi Wine is now turning to mischievously steal from the ‘poor’ Ugandans to fund his self-centered campaign and that of his political proxies.

For a leader that advocates for the people like he claims to be, let him mortgage his vast wealth which he has been able to amass under the President Museveni regime to fund his campaigns.

Bobi Wine owns an ostentatious home which he acquired during his budding career as a musician in the mid 2000s, an atmosphere inspired by a suitable political climate under President Museveni.

Fleecing Ugandans does not tally well with his allegations that President Museveni is a poor leader under whose regime Ugandans have suffered like he claims, the same Ugandans he wants to con.

It is now public knowledge that Bobi Wine’s political foundation is built on loot and monkey business which he blankly accuses his opponents of.

That he is bankrolled by the international gay community should make his day, than stretch his hand to the empty pockets of vulnerable Ugandans who toil day and night to put bread to the table.

All said, amassing enormous wealth from the industrious music industry that made him who he is today under the President Museveni regime, Bobi Wine should possibly consider leasing out or mortgaging his possessions that include hundreds of cows, a flashy home, a beach, several buildings and properties in the city to finance his overstretched presidential bid ego, than dishonorably cheat unsuspecting Ugandans of their toil, under the guise of bringing them the unlikely change that will never be.

Share
Facebook
Twitter
Pinterest
WhatsApp
Previous article
Not all that glitters is Gold, Mps that defected to NUP seek audience to return to their parties
Next article
People Power plans to Disorganize NRM Primary Elections leak