The Storekeeper of Nebbi General Hospital has been arrested with an assortment of stolen drugs worth UGShs. 66M. 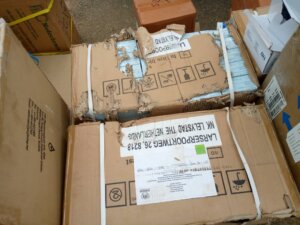 The bandit (in picture) testified that he has  been swindling the drugs from the very hospital he serves and from health centers  in Nebbi District and neighbouring districts through his well organised network.

He testified that he hides the stolen drugs in a refugee camp in Madi Okolo District where he then collects them to disburse to his prospective market.

He fell out of luck yesterday when he was arrested at a Police checkpoint with his loot of approximately UG Shs. 60M.

The boxes of the drugs bore labels of different health facilities.

The driver of the private vehicle that has been transporting  the loot  (in picture)  confessed that this has been  a booming business for him and  his boss. 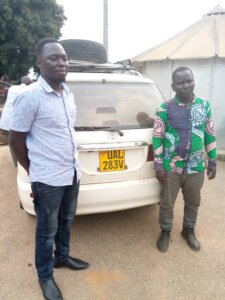 The two have been remanded at  Arua Police Station.