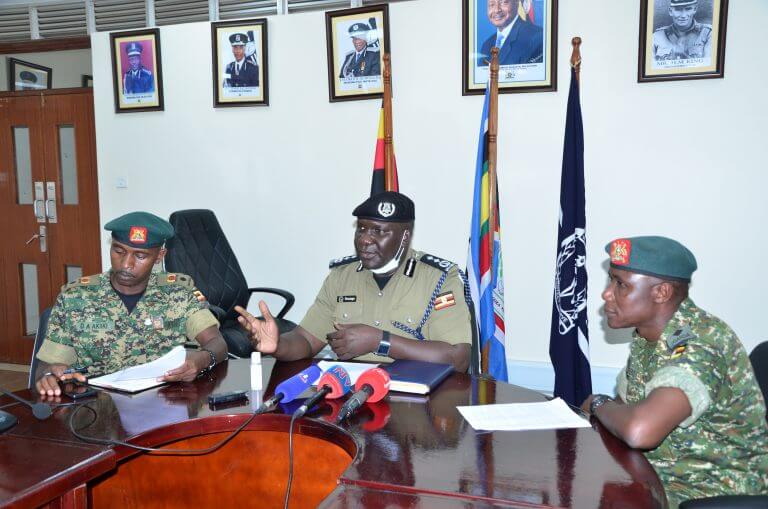 The joint security council has announced a multi agency task force to support the ministry of health in the national response to the Corona virus pandemic.

As of Thursday morning, the forces have deployed field personnel to enforce new measures announced by the President on public transportation and limitations on public markets. The mini lockdown is meant to curtail the spread of the virus after it was reported in various parts of the country.

The Public is informed that the Security Forces have already deployed to ensure observance of; mandatory quarantine, MOH guidelines at non-agricultural work places and when using public transport. The Forces are further ensuring compliance with the closure of; educational institutions, merry-making venues, monthly markets and national borders. And, banning of; religious gatherings, political or cultural gatherings, weeding gatherings of more than 10 people and mass funeral
gatherings.

The JTF appreciates the level of cooperation so far showed by majority of the people in Uganda in ensuring compliance with the safety measures issued to secure the country from the COVID 19 threat.

The Public is further informed that the JTF can also offer additional evacuation support to the Ministry for COVID 19 suspected cases. In addition to the MOH Emergency lines, the Public can also contact the JTF to report/inform on suspected COVID 19 cases for immediate evacuation to MOH designated treatment facilities.