The Constitutional Court has today Friday December 2nd 2022, declared sections 168(1) (c) and (d) of the Penal Code Act null and void. The sections nullified were criminalized rogue and vagabond commonly referred to as idle and disorderly.

A bench of five Justices of Appeal sitting as a Constitutional Court ruled that the two sections contravenes Article 29(2) (a) and (b) of the Constitution (as amended) which emphasizes the freedom of movement of all citizens of Uganda to any place.

“….the impugned offences clearly contravene the right to freely move throughout Uganda and justification of such contravention as saved by article 43 of the constitution would have to be justified by the respondent. It is hereby held that sections 168(1) (c) and 168(1) d) of the Penal Code Act are void for inconsistency with the constitution.” Part of the lead judgement reads.

The judgement followed a 2018 petition to the Constitutional Court by lawyer, Francis Tumwesigye against the Attorney General of Uganda. The petition sought nullification of the two provisions of the Penal code citing violation of the right to personal liberty. 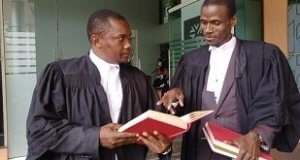 The effect of the judgement means rogue and vagabond are no longer offenses in Uganda.