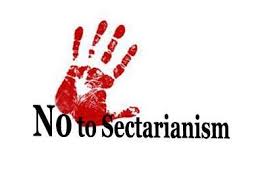 Uganda sits on a ticking time bomb despite strides made in evolving as a unitary nation. The third point in the NRM Ten Point Programme of 1986 is “Consolidation of National security and Elimination of All Forms of Sectarianism”. The first and second points are “Democracy” and “Security”.

In the revised Ten Point Programme issued at Kololo by President Yoweri Museveni on October 9, 2012 during the golden jubilee independence celebrations, “Eliminating sectarianism” was number 2 after “Fighting ideological disorientation”.

Sectarianism based on race, ethnicity, religion, gender and other forms is the worst form of backwardness that has endangered human existence and kept us back for long. It led to the holocaust of the Jews by the Nazis, the Rwanda genocide of 1994 and post-genocide mop-ups that have since thousands decimated in DR Congo; mass killings in the Sudans, Central African Republic (C.A.R), the Kenyan post-election violence in Kenya (2007/2008) and the unending Somalia problem.

Across the Indian Ocean, Hindus and Muslims are all over each other; in the Middle East, so many Arab sects against each other and then collectively against the Israelites. In Europe and the Americas, racism refuses to go away and we all remember Apartheid in South Africa and how it is resurfacing wearing different costumes.

NRM was, therefore, correct to prioritise the fight against sectarianism because it is more grave than most people think. Sectarianism threatens to rip Uganda apart. Looking at statements people make these days all over social media and in social gatherings, it is really bad. If it were not for Government’s zero tolerance to sectarianism, it would be the “language” everywhere but people hide behind their phones and computers and spew hate on people who have done nothing wrong to them or people whose character they are not acquainted with.

The public should be reminded of NRM’s Ten Point Programme and what it set out to achieve; it has never expired but continues to challenges today’s generation which is good at ignoring wise counsel and lawful sanctions intended to safeguard nation unity and social cohesion. People are quick to think of themselves as being special or attributing any action done on other consideration other warranting resorting to tribal or religious identity.

The bush war combatants fought and won victory because they were cohesive and did not think of their natural differences. Today, instead of using our unique attributes to serve society and all, people create artificial differences based on temporary disagreements or pursuits. How can someone get killed for a small error, if we think of Arnold Ainebyoona who was gunned down by a guard at a shopping mall in Naalya, and then whole thing becomes a tribal issue? How can Kenneth Akena get shot and die and the whole thing becomes tribal? How does someone get appointed to a position or another gets sacked for incompetence and the issue becomes tribal?

Why should one person do something wrong and the whole society they come from is blamed? That is a sign of deep ideological disorientation which makes people look at small differences instead of thinking big and working together as one bloc of Ugandans.

The department of National Guidance under the Ministry of ICT should pay significant attention to upgrading the mindset of Ugandans as a collective people. There is no day Uganda will cease being a republic and revert to being fragmented along ethnic and fiefdom lines. Identity is something to be proud of but it does not address the greater question of human existence which is to overcome challenges together and succeed together. Poverty, disease, criminality, illiteracy, climate change, among other daunting challenges of the world do not care for one’s identity-all suffer the hit equally.

There is no single person who has achieved much by discriminating others or harming them just because of identity differences. They have only held themselves back.

President Museveni always says that he has made his wealth as a cattle herder by selling the milk and beef harvested from his cows to people who are not indigenous to his Nkore region since most of his neighbours and tribesmen have their own herds to provide for them. He sells his products in Kampala and elsewhere- even beyond borders. That is just one prominent case but there are many others everybody should think of. Musicians; is there any of them whose music is listened to only by their tribesmen and peers; are politicians voted solely by their family or tribesmen or believers in the same faith? Discriminatory habits and talk are the work of people who have given upon life and wish to project their failings on others by disregarding social and religious decorum and law. They are very dangerous and should be helped fast!

Civic educators should get to the ground and stamp out the evil of sectarianism before it becomes a full-scale scourge and endangers national security.