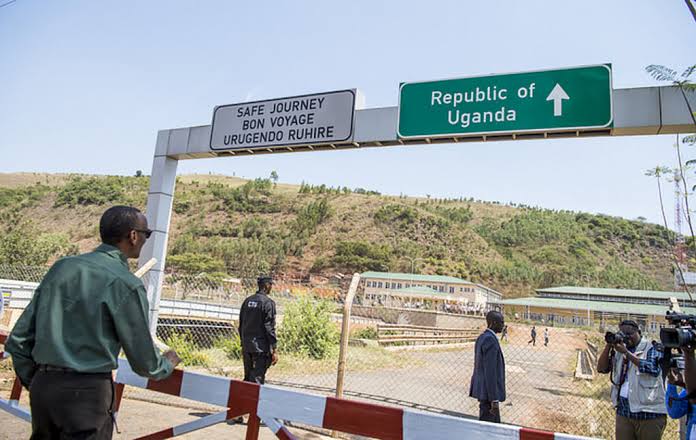 Rwandan citizens have asked President Paul Kagame to resolve the issues surrounding the closure of the Uganda-Rwanda border that has resulted into high prices for basic commodities and food stuffs in their country.

On 3rd April 2019, Kampala Post news portal reported that, “according to a source at the Uganda-Rwanda border who spoke on condition of anonymity, Rwandan soldiers have been raiding the countryside for food to feed their families. Our soldiers are now involved in smuggling goods into Rwanda. The situation is really bad and people are desperate, added the source.

For a number of years Uganda has been well known for supplying Rwanda with essential commodities ranging from basic products to food stuffs. But as a result of Rwanda-Uganda border closure for now close to two months, the narrative has changed and this has raised eyebrows of the Rwandese due to scarcity of these commodities that has shown the way to price raise.

Whereas Ugandan border has remained open, Rwandan security is heavily deployed near the Ugandan border to avoid any Rwandan from crossing to Uganda on mere allegations that president Museveni is harboring people with plans of antagonizing Kigali government.

And as a result, hunger and starvation are ravaging Rwanda ever since the border closure in February 2019.
This has necessitated the citizens to appear to President Paul Kagame demanding for answers to these unresolved concerns. The citizens antagonism towards the Kigali government remain questionable and is mounting day by day as ordinary peasants publicly confronted Kagame during his visit to Nyagatare district located in the North East of Rwanda and borders Uganda in the North.

Meanwhile, while speaking to the Zambian News Channel, Rwandese exiled Nyamwasa revealed that he is currently having more determination to return home in Kigali, Rwanda Capital.

The former Rwanda army commander noted that he doesnt care how long it will take him to get back home but all he is pursuing is a peaceful process to prevail. It can take a short time just like it can take a long time but all we can say is that we are prepared to go back home. Nyamwasa said, adding more pressure on Kagame.

Its yet to be established if Nyamwasa`s statements could have any connection with the mounting pressure from the local population.

However as Kagame may not withstand all this pressure, he recently ingested his pride and called for talks with his Ugandan counterpart President Museveni who is automatically less affected by the border closure.

It has also been confirmed by sources at Uganda-Rwanda border that due to this pressure, Rwandan authorities are being forced to turn against their president`s order and have allowed the citizens to cross and buy food from Uganda markets.

Its high time President Paul Kagame should swallow his pride for the good of his people. He should stop swearing that Museveni will never be president of Rwanda but instead ask himself why his citizens are turning against him and running away from him. Its evident that many Rwandans are secure and sheltered in Uganda.

President Paul Kagame should embrace and pursue the spirit of Pan-Africanism.