In the book of 1 Timothy 6:17, the Lord says you shouldn’t put your hope in wealth but instead “hope in God, who richly provides us with everything for our enjoyment.”

The latest from Kamwokya-based NUP headquarters has revealed an ongoing fight among top party leadership.

Last week, MP Michael Kakembo Mbwatekamwa (NUP) of Entebbe Municipality said the fight is costing the party popularity and relevance around the country.

“A lot of disrespect, infighting, and hatred amongst the top leaders at the National Unity Platform is costing the party’s parliamentary leadership and popularity countrywide,” says MP Kakembo.

This is the first time a senior NUP leader is publicly commenting about the escalating internal wrangling.

A source in the NUP has confirmed that the fight is about bias by some top leaders in the manner in which resources received from foreign donors are shared.

The conflict is also about how the IPOD money was used by the party leadership.

“You have 58 members of Parliament; you don’t respect them and you want them to always contribute to financing NUP’s activities, yet we have people who voted for us who need our support too. We have become a laughing stock,” said MP Kakembo.

Another source revealed that Bobi Wine and his close associates like SG Luis Rubongoya are the ones at the forefront of benefiting from donor funds.

“Our fighting and lack of dialogue as a party will make very many people who love the party run away,” Kakembo said.

Recently in Bukomansimbi district, about 420 youths defected to the ruling NRM party, citing abandonment and engaging in activities that derail the party.

Herman Lubega, the NUP Spokesperson in Bukomansimbi, said they were neglected by leaders since 2021. 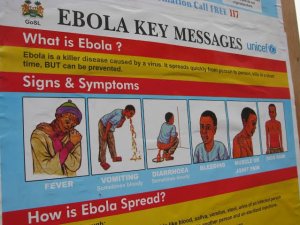