RONALD MAYINJA EPITOMISES ALL OF BOBI WINES FAILURES IN A NUTSHELL 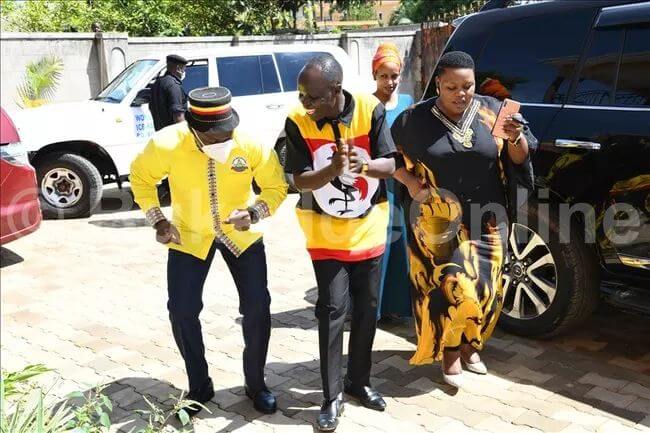 As Bobi Wine prepares for his nomination today, it’s difficult to look at his bid for Presidency beyond the number of “close” allies that he has lost to the NRM over the past few months. The Exodus has been quite telling. It is not long since he paraded Ronald Mayinja at a press conference So that he denounces PRESIDENT MUSEVENI.

He should have had a leading hand with people in his music industry and by extension their fans. But what he instead pulls along are the radical extremists who are completely intolerant of opposing views. That’s why his house continues to bleed former allies.

NUP has become a cult with a leader so inept and inexperienced but whose handlers are unwilling to entertain dissent or alternative opinion. What has happened to the good will that Bobi Wine possessed during the mid term by-elections across Uganda.

Arua and Bugiri seem like a distant memory, a mirage of time when quite a number believed that Bobi could deliver the change that they year for.

Instead, as we shall see today, they will get more running battles with police, short lived riots and another dream lost in the wind.

Share
Facebook
Twitter
WhatsApp
Previous articleZaake’s threats to cause rise ups is a sign of early failure by NUP to legitimately compete against H.E the President Museveni
Next articleBobi wine fails to deliver nomination speech instead Raps it