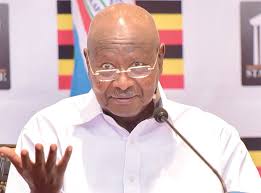 “These RDCs, you say some of them do not even stay where we have posted them. Get me a good report about these people if they are not doing our work and I will fire them immediately. Find me better cadres who are willing to take on their jobs and serve our people,” said President Museveni while speaking to NRM leaders during their ongoing retreat at the National Leadership Institute in Kyankwanzi.

While responding to concerns that many public servants and specifically Resident District Commissioners (RDCs) have a habit of keeping away from their duties and stations, he said that he is ready to take action against them.

He tasked the public to supervise all leaders appointed to serve them and report to him in case they are not doing their job.

The President said the same for corruption, urging that leaders who are found guilty of corruption and embezzlement will not be spared as long as they are incriminated with evidence.

“I will come after them,” he added.

He blamed such leaders for the increased cases of land grabbing that have gripped Buganda, claiming that such leaders are not helping the people at all.

“I want to see those fraudulent land titles and I will cancel them myself.”

President Museveni has been blamed by many for not reigning in on some of his close associates accused of corruption and this was at the center of the just concluded 2021 election where many voters blamed his government for turning a blind eye to the corrupt. Many have since argued that the anti-corruption unit only targets the small fish, leaving out the big sharks to loiter.

Increased cases of land grabbing, especially in the central region also cost the ruling NRM party votes in Buganda as many accused government bigwigs and those close to State House of being behind the grabbing or assisting land grabbers.

Analysts have since said that unless the president comes out with an iron hand against the land grabbers, the vice will continue.