Rebel MPs Should be Barred from NEC 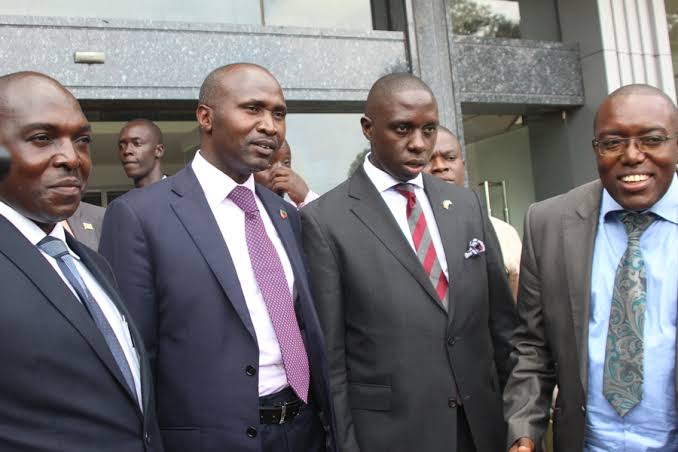 It was reported last week that NRM rebel MPs would be barred from accessing the NRM conference due next week in Namboole.

However, new reports indicate that the leadership of the NRM has denied the reports and that the said group of MPs would be allowed into the conference on legal grounds.

However, I believe that the MPs along with other members of the party that are known not be loyal to the party should not be allowed any where the delegates conference as their behavior betrays the nature and purpose of the party.

What else would be the purpose of these people attending the conference yet they have publicly disowned it and have engaged in conduct becoming of a member of a revolutionary party like the NRM.

Many of these legislators have been hobnobbing with movements like the people power and also hold positions in there structures.

Others vehemently opposed the uplifting of the age limit for the current party chairman and yet still want to associate with his political clout.