Princess Diana once said “HIV doesn’t make people dangerous to know, so you can shake their hands or give them a hug. Heaven knows they need it.” In our first part yesterday, Auma Hellen Akwong narrates her ordeal of how she was abducted, raped and infected with HIV/AIDS.

Auma, details the horrific experience she went through together with other 11 girls. On return from abduction, the discovery of her HIV status was the shock of her life. Auma however, did not accept to be defined by her early dark days. 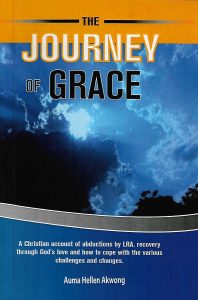 According to a World Vision report, the LRA conflict doubled the prevalence of HIV/AIDS in Northern Uganda making it nearly twice as high as the national average. The LRA used rape and abductions as weapons of war which put the abductees (sex slaves) at very high chances of contracting the disease.

Our story of hope with Auma Hellen  Akwong , former LRA abductee, rape victim and an advocate of positive living continues.

Hellen is 53 years old, born again and she is married to Mr. Akwong Jannan Wilson and they are blessed with two sons Gerald and Gerard.

She graduated from Makerere University in 2005 with a Bachelor of Arts in Social Sciences. She also holds a diploma in Business Education which she acquired in 1992 from Ngetta NTC where she had earlier met her captors.

She is a seasoned community organizer, a writer and the Author of the two books ‘The scar’ and ‘The Journey of Grace.’

The books draw Hellen’s true-life experiences which many people would not have been able to share with others. In the books, Hellen narrates how she was abducted and raped at the age of 21 years by LRA rebels, discovered that she was raped and more inspiring living positively after all this. 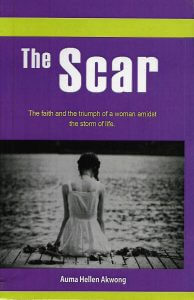 Captivating in The scar is a diary which she kept when she was pregnant with her second child Kica. The diary is an exhibition of extreme bonding between Hellen and her unborn baby who she was expecting. The diary reminisces all the moments and feelings and experiences that Hellen went through with her unborn child. Reading the diary gives you an impression of a weak bodied but strong spirited person that was determined to bring another bundle of joy to life. The diary in Hellen’s book is a communication between mother and unborn child, so fulfilling!

Like any other HIV patient, Hellen has faced challenges in her life especially coping with stigma. However, she was blessed with a supportive husband, friends and family who encourages her to remain positive and committed to the cause.

Her testaments in The Scar, demonstrate the need to remain positive and disclose one’s HIV status to their partners and those around them. When one opens up their status, this helps them to save others and defeat stigma.

Miraculously, the couple has lived together for twenty-seven years with HIV but they are living positive and peaceful lives. They are blessed with two biological sons who are HIV negative and they are living productive lives.

Apart from their two biological sons, the couple adopted other eight children whom they are educating and taking care of.

The couple revealed their HIV status to all their children who are encouraging them to remain positive and take their medicine in time.