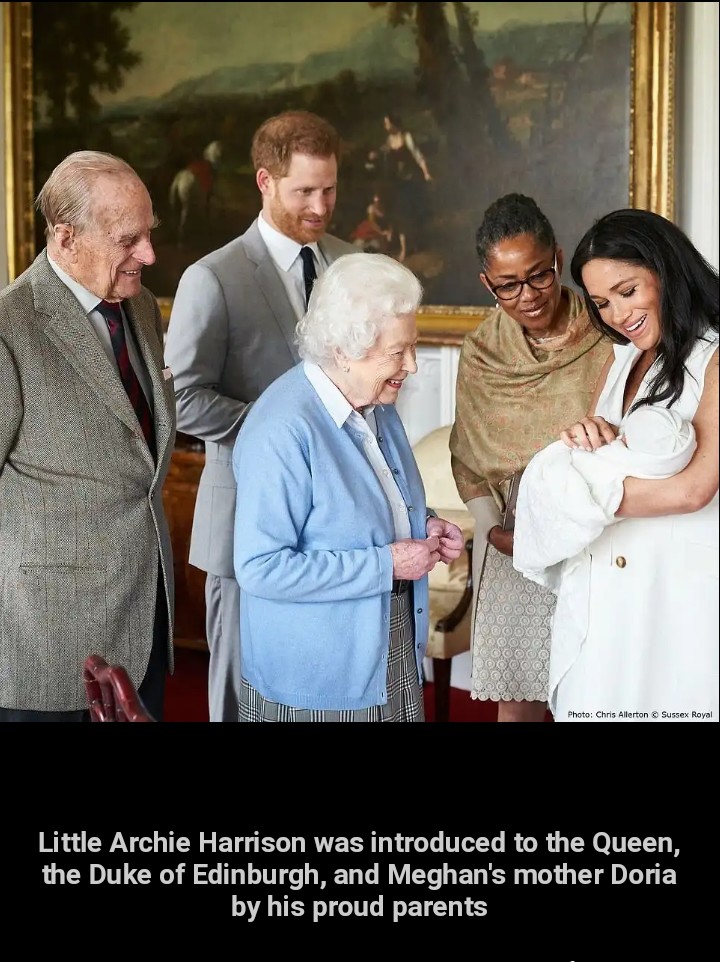 The Duke and Duchess of Sussex, Prince Harry and Meghan have named their newborn son Archie Harrison Mountbatten-Windsor.

“The Duke and Duchess of Sussex are delighted to share their first public moment as a family,” the post said.

The images shared on Instagram were taken by Chris Allerton, who was the couple’s private wedding party photographer, and took the picture of the newlyweds watching fireworks in the grounds of Frogmore House at their evening reception.

Announcing the baby’s name came after the royal couple had introduced him to the Queen and Duke of Edinburgh who were the first to meet him before introducing him to the cameras for the world to see.

While announcing Baby Archie’s birth on Monday, Harry said they were “absolutely thrilled.”

“He has the sweetest temperament, he’s really calm. He’s been the dream,” said Meghan as she introduced Baby Archie to the cameras.

By naming their first born son Archie Harrison Mountbatten-Windsor, Harry and Meghan have chosen not to accord any royal title to him.

Meghan said her first three days of parenting have been amazing.

“It’s magic, it’s pretty amazing. I have the two best guys in the world so I’m really happy.”

Harry echoed that, “It’s great. Parenting is amazing. It’s only been two and a half days, three days, but we’re just so thrilled to have our own little bundle of joy.”

Asked which parent the baby resembled more, Harry said, “Everyone says that babies change so much over two weeks. We’re basically monitoring how the changing process happens over this next month really. But his looks are changing every single day, so who knows.”

Asked to show more of their son’s face to the cameras, Meghan laughed as Harry joked that “he’s already got a little bit of facial grey line”.

Since the name Archie was announced, name experts have already argued that it does not have any British royal connotations where as Harrison is a totally new name for the Royal Family.

Archie means “genuine”, “bold” or “brave” – and is more popular in Britain than the US. It is the shortened form of Archibald but is now often used as a name on its own.

Prince William, a father of three, also, Prince Harry’s only brother, said he looked forward to seeing the new parents “when things have quietened down”.

Archie is the Queen’s eighth great grandchild and seventh in line to the throne.