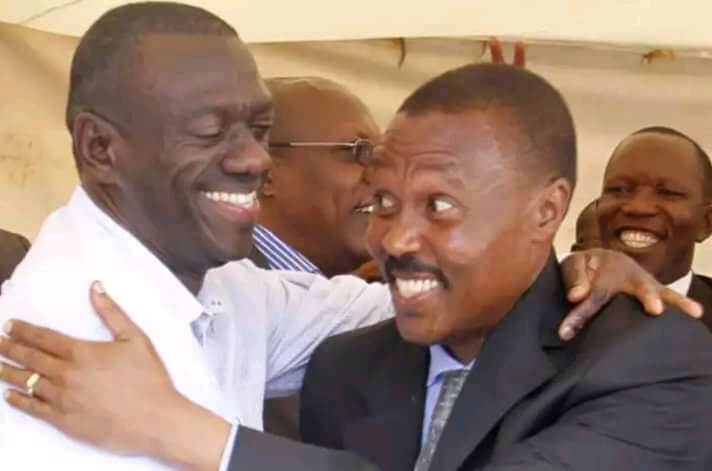 National Unity Platform (NUP) spokesperson, Joel Ssenyonyi has on several occasions tipped that his party is engaged with other opposition political parties including Forum for Democratic Change FDC, Alliance for National Transformation ANT and Democratic Party DP for a possible alliance on how to defeat President Museveni in the 2021 general elections.

Ssenyonyi is always quick to say that the alliance has not yet been witnessed because some opposition parties’ internal processes such as delegates conference are still in the offing.

In his heart of hearts, Ssenyonyi knows that whether those parties’ internal processes are completed in due time or not a tall, the dream that Opposition can actually field a joint presidential candidate with enough muscle to unseat President Museveni, will only remain a dream because National Resistance Movement (NRM’s) achievements speak for themselves. The infrastructure, the ICT, Education, Security etc are on ground.

BOGGY GROUND FOR THE OPPOSITION
Former opposition alliances against President Museveni have all had nothing on him. All have crumbled to the marrow with zero success.

The  Interparty Cooperation (IPC), 2016’s The Democratic Alliance (TDA) have all had miserable endings.

Now, all eyes on 2021’s political alliance, an alliance spearheaded by NUP, the political novice!

Ugandans have been served with comical sentiments by the same opposition leaders who because of their ego centric tendencies, the thought of either stepping off the ballot in favor of the other can only be over their dead body.

Hon Robert Kyagulanyi (Bobi Wine), the NUP’s presidential aspirant has already told the world how he can never step down for any candidate, thereby branding some like Dr Kiiza Besigye, a four-time presidential aspirant, a political comedian who has tried to remove President Museveni in vain.

“It has been more than two years trying to engage Dr Besigye to see that not only he doesn’t run but we stand together to bring one candidate. I offered myself.
— he is a huge resource, we have been in conversation and we continue to be in conversation as we take on Museveni. We hope that we can stand together and summon all the energies and fight the dictator.”

FILM STAR DIES IN HIS OWN MOVIE
Bobi Wine who over his three political years has always watered down Dr Besigye’s efforts to fight President Museveni can finally see that indeed Besigye is not the political comedian he branded him to be but a political force of change Uganda ever had in her history, something history may never partake of Bobi Wine.

Bobi Wine now becomes the comedian by recycling all the old antics formerly played by the likes of Dr Kiiza Besigye to cause change against President Museveni regime.

He has nothing new to offer, no new approaches, no new political messages to lie to the masses, no new nothing! ABSOLUTELY NOTHING!