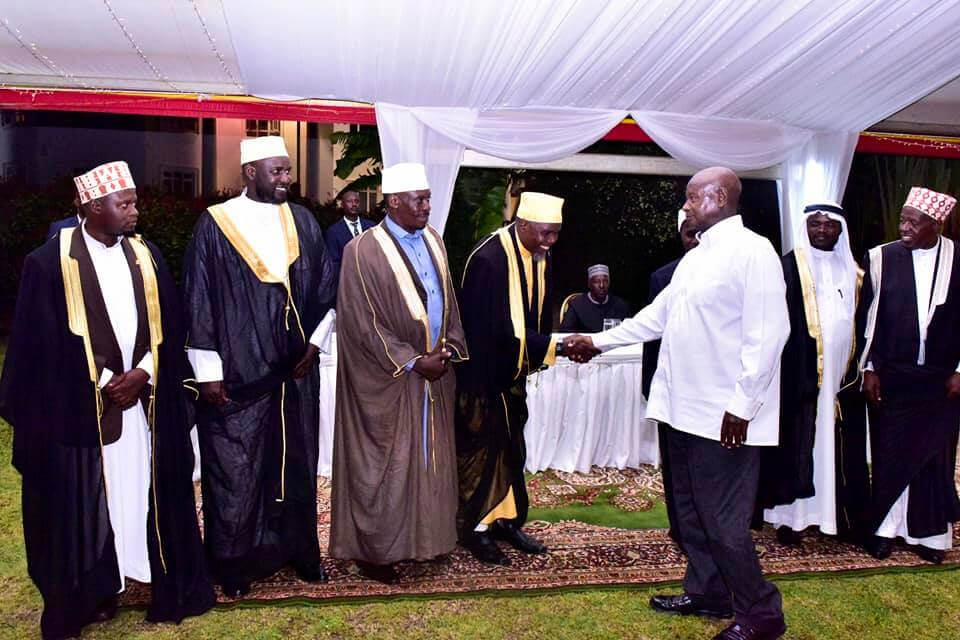 President Yoweri Kaguta Museveni has called upon the Muslim community in Uganda to join him in the wealth creation sensitization drive which he recently launched countrywide.

This was during the breaking of the fast (Iftar) dinner that he hosted at State House, Entebbe on Wednesday.

The President urged Muslims to fully participate in the drive to eradicate poverty and create household income.

“I want to encourage the Muslim community to join me in the wealth creation sensitization drive that I am currently conducting across the country. Whereas we can have spectators in sports and theatre, wealth creation must involve everyone,” Museveni said.

The President is currently on a countrywide wealth creation drive in which he encourages people to take advantage of the prevailing security and good infrastructure courtesy of the NRM Government to enhance their personal incomes.

He noted that Africa is a rich continent but the biggest challenge is the traditional lifestyle of most of people yet they face modern challenges.

“That is why we must move to commercial agriculture at all levels. It will ensure that most of our people get into the money economy.”

The President also commended the unity among the religious leaders.

“I am glad that religious leaders in Uganda are now united and work under one umbrella. Indeed God commanded: ‘Love God with all your heart and might and love your neighbour as yourself.’ Jesus also asked: ‘How can you say that you love God whom you have never seen yet hate your neighbour?”

He said this is the unity that the NRM has always been preaching.

“How can you say you are religious when you are fighting each other? It was religious and tribal sectarianism that created problems for Uganda. I am glad that they formed the Inter-Religious Council in 2002 and now they are working together.”

He said Government will support the idea of creating a Muslim martyrs site in Namugongo.

“We shall work with the Muslim leadership to document the story of the Muslim Martyrs and develop a site in their memory just like we have done with the Catholics and Protestants,” The president said.

The dinner was attended by Muslims and their leaders notably Supreme Mufti Sheikh Shaban Mubajje.