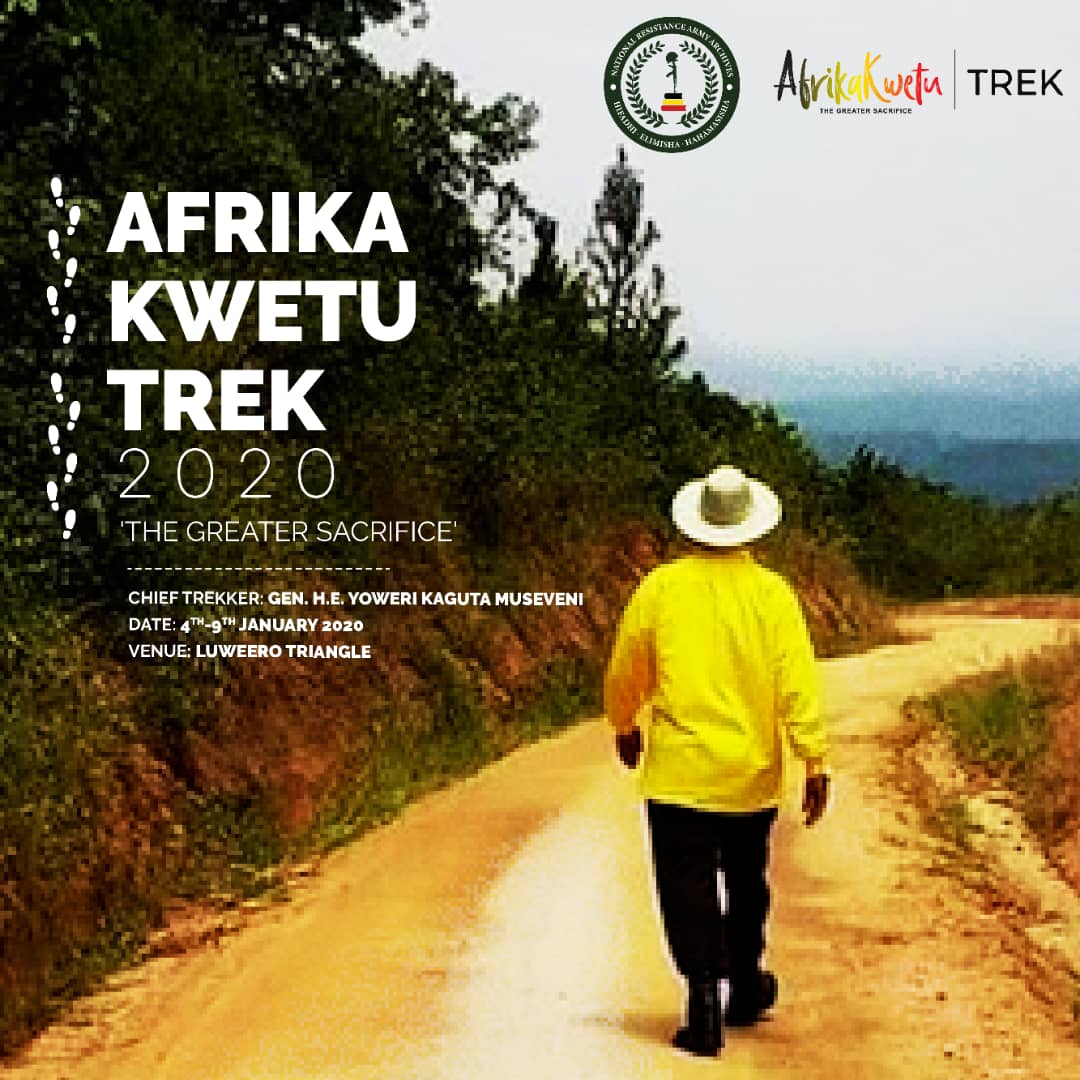 President Yoweri Kaguta Museveni is set to walk 200km from Galamba to Bilembo through a number of district which fall under the Luwero triangle to pay tribute to the Bush war effort from 1980 to 1986 that brought the NRM government into power.

The walk will start on the 4 of January and end on the 10th and will have a number of participants from different backgrounds representing the different groups of people that contributed to the war effort.

A similar walk was held previously by the President in 1995 and this one is expected to be successful too.

One of the activities of the walk will be the setting up of a war memorial museum in Nakaseke district that will help pay tribute to the people that were involved in the struggle through documentation and archival of the war records and also help to raise income for people in the area.

The purpose of this walk will not only be symbolic but also serve an educative purpose to especially the youth that were born after the war to appreciate the sacrifices and commitment of the people who sacrificed their lives for the betterment of Uganda.

This could not have come at a better time than now when a number of disillusioned youths have been waylaid and misled by a number of political actors in the opposition into acts that are detrimental to the state of Uganda.