President Yoweri Kaguta Museveni has attributed his long life to staying cleer of  anger and alcohol.

Ugandans across the divide took to social media and mainstream media to wish the Pan Africanist, Africa’s Strategist, the visionary President Uganda ever had, a tremendous birthday and a long life.

The President presided over Uganda Revenue Authority’s (URA) Thanksgiving Ceremony at Kololo independence grounds where he shared insights to his long life.

He shares a birthday with URA which celebrates 30 years of existence after its inception in 1991.

He said for all these years,  he has avoided  anger because when a human being gets incensed, the  lifespan reduces. 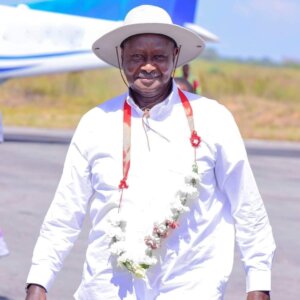 President Museveni who was flanked by his wife Mama Janet Kataaha also revealed  that only his daughters had almost cut short his life when they started treating and plaiting their hair,  “okwokya enviiri.”

“I told them if they wanted to see me clock 100 years, they should stop roasting their hair,” he said.

The President  said he was always against the practice of his daughters burning their hair to look like Indians.

“I told them,  look, you are very beautiful girls from the Abasiita clan. You don’t need to roast your hair,  just be like your mother.”

The First Lady’s hair style is popularly known as “Janet Cut” amongst Ugandans. 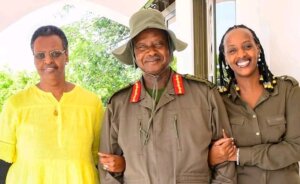 The President jokingly added that since his daughters, Patience Museveni, Natasha Museveni and Diana Museveni eventually listened to  him and dropped the western practices of styling their hair,  nothing can stop him from clocking 100 years of age.

Views: 22
Previous article
How I witnessed travellers miss their Flights due to delayed Covid-19 results at Entebbe Airport.
Next article
No Doubt, Parish Development Model will Drive Ugandans into Middle Income Status