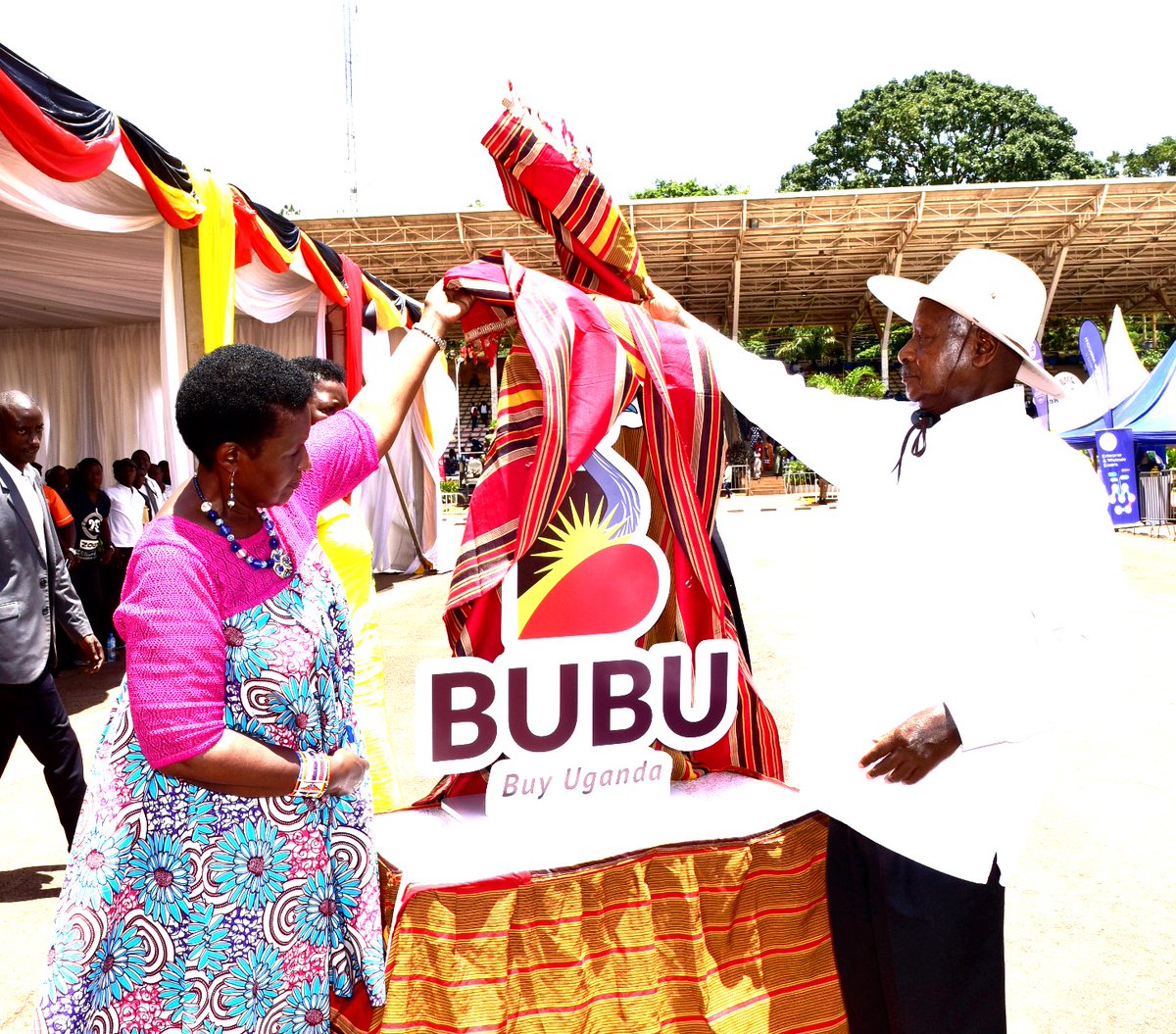 The fair showcases products and services made in Uganda.While speaking at the exhibition, the President said that “In the modern world there are two important people; the producer of a good or service and the buyer. The former is the entrepreneur, the thinker, while the latter is important because without them, the business collapses”

.Africa’s crisis has been that we buy but do not produce. We were asleep. However, we are slowly waking up. Take the dairy sector, for example. For long, Uganda Dairy Corporation imported powdered milk from Europe, added water from here and labelled it Ugandan milk.This has ended.

We not only produce and process milk in Uganda but export the surplus to the region. It is the same with coffee and tea. But even as these sectors struggle to bring in much-needed Forex, importers erode these gains by importing even what we would produce here.

It is the same case with producers of baby syrups who import pharmaceutical grade sugar. Our sugar must be purified enough to serve this purpose. Similarly, our copper must be fully purified so that we don’t import it to manufacture cables and transformers.

Share
Facebook
Twitter
WhatsApp
Previous articlePanic and fear is good entertainment but Uganda media ought to do better
Next articleWHY SHOULD RWANDA CLOSE ITS BORDERS WITH UGANDA?