President Yoweri Kaguta Museveni has extended a ‘business booster package’ to 220 market vendors in Wakiso District to enable them sustain their businesses.

The package was delivered by officials from the State House Political Department led by Princess Pauline Nassolo and Ms. Flora Kabibi on Thursday, 12th January 2023.

Princess Nassolo said that President Museveni decided to give them financial support to enable them sustain their businesses as they wait to also benefit from other government programs. 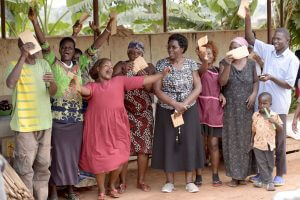 “I appreciate you (the vendors) for endlessly supporting the president and all Government initiatives that are aimed at empowering local entrepreneurs,” Princess Nassolo said.

This initiative follows a number of the presidential initiatives towards supporting people from the jaws of poverty.

Programs such as Entandikwa, Bonnabagagawale (Prosperity for all), Operation Wealth Creation, Parish Development Model (PDM) among others have been key government initiatives in a search for the poverty antidote. 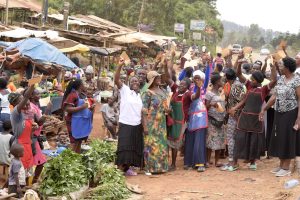 According to Government, as a deliberate effort to create jobs and support youths, the government rolled out the Youth Livelihood Fund (YLF) to enable youth who are not in formal employment to create jobs for themselves and also employ others in a wider drive to combat poverty, especially at the household level.

YLP is based on the three pillars of skills development, livelihood support and Institutional support.

Views: 75
Previous article
Why Ugandans are the Happiest People in East Africa
Next article
The Issue of Inheritance and at What Point Parents Should Handover Property to Children