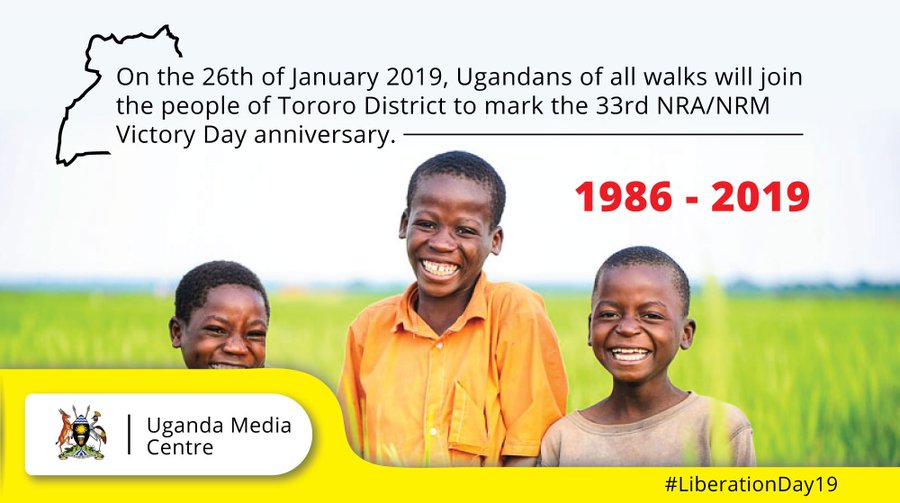 The preparations for this year’s NRA/NRM day are high gear as the party prepares to commemorate 33 years since the liberation of the country in January 1986.

The Theme for this years celebaration is, “A moment of Glory that set a new Chapter for Unity, Peace and Prosperity in Uganda”.

The liberation war should not be seen as an end in itself. Rather it was a moment of glory in which the people of Uganda opened a new chapter to rescue themselves from dictatorship and misrule.

While speaking at the opening of the new URA offices in Nakawa, president Yoweri Museveni attributed his victory in the war to lack of structures especially in customs across East Africa to smuggle guns to support the liberation struggle.

The President vowed to continue strengthening institutions and empowering the people for prosperity and the push towards a middle income status.