Traffic Police has on 21st December 2022, advised all car users to own and always move with a pair of reflector triangles in case of a mechanical breakdown while on the road.

According to Faridah Nampima, the Traffic Police Spokesperson, many drivers use tree branches instead of the triangle reflectors, which causes accidents. She therefore declared the ban of tree branches in case of an emergency while on the road.

“This usually happens in the night, when vehicles get mechanical problems in a spot that can potentially cause an accident. A passenger or driver then uses tree branches to alert other road users to drive carefully,” Nampima said.

However, according to Nampima, they are supposed to use the reflectors which alert other drivers at a safe distance for them to slow down. The emergency warning triangles are safer than tree branches. 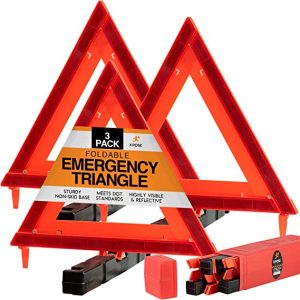 “As of today, 21st December 2022, all drivers must have a pair of reflector triangles. Failure to have one attracts an express fine of Ugx100,000,” Police warned.

The triangle reflector is a small red triangle that is highly reflective because of its flashing LED lights. It is designed to alert other drivers of a potential hazard ahead.

Views: 102
Previous article
Keep the Spirit of Christmas Alive; Share and Gift Someone This Christmas
Next article
Church of Uganda Threatens to Break Away From Church of England Due To Its Stand on Homosexuality