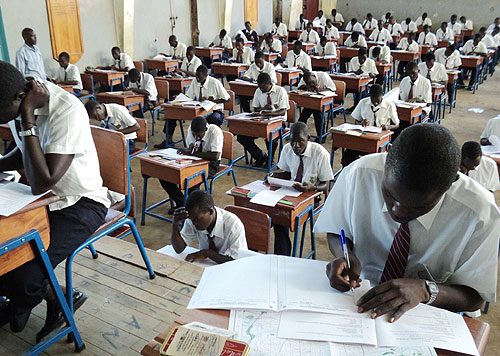 Parents of pupils studying in Kampala and neighbouring district schools have been up in protest over what they referred to unnecessary “under marking” in the recently released Primary leaving examinations.

This trend is a worrying development. Over the years, these schools and parents have been used to topping the charts in the national exams and this has brought down the over inflated egos of schools and parents that believe that they have birth rites to lead the others.

The expectations that some pupils are supposed to out perform others because they are from urban centers is worrying and points to a misguided and delusional middle class.

The government of Uganda has undertaken many steps to improve education standards in the country including universal primary and secondary education. The fact that the rural schools are challenging the established traditional schools is a testament to the development and should be celebrated rather than scorned on by the public.

“It is complete nonsense”, according to UNEB Executive Secretary Dan Odongo who took a swipe at those accusing the examinations body of unfair marking on the heels of the recently released PLE exams. And it is this kind of strong stance that needs to be taken against these schools and parents.

The speaker of Parliament, Rebecca Kadaga has also come out and said that she blocked a Parliamentary inquiry into UNEB over the issue questioning whether rural school students “don’t deserve” to outscore their urban counterparts.

This also comes on the backdrop of accusations that city schools engage in exam malpractice since many of the teachers in these schools also work on the examination boards and the directors can afford purchase of exams paper in advance.