Government has formed about 6,664 Emyooga SACCOs at constituency level, and states it will inject Ugx30 million as revolving fund for each new SACCO.

According to Hon. Kasolo Haruna, the Minister of State for Finance, Planning and Economic Development, Ugx72 billion has been mobilized as savings for 205,710 parish based associations and the 6,664 SACCOs.

Hon. Kasolo said this at the ongoing Micro finance and Savings Group Conference 2022 at Hotel Africana. The conference which started yesterday 29th November 2022, will be ending today 30th November 2022. 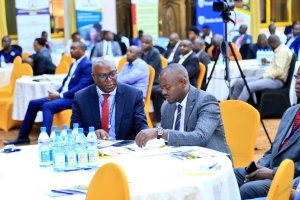 Hon. Kasolo also stated that Ministry of Finance disbursed Ugx151 billion to bank accounts of 6,051 compliant PDM SACCOs, each receiving Ugx25 million. Another 2,664 PDM SACCOs are expected to receive their funds by end of this month.

He said that the Microfinance industry in Uganda is one of the critical interventions in the quest for financial inclusion. He added that the importance of access to finance and affordable credit cannot be over emphasized.

Speaking at the conference Ramathan Ggoobi, the Permanent Secretary to the Ministry of Finance said that the Government has implemented and supported various policies and programs to extend microfinance services to Ugandans, especially saving groups such as Village Savings and Loan Associations. 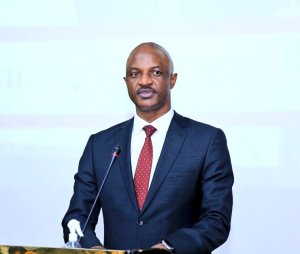 According to Ggoobi, this innovation will build consensus on the future of microfinance and savings groups in Uganda.