One District, Five Presidential Candidates Rukungiri Politicians in a mess of selfish interests 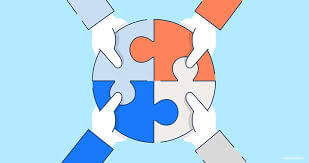 Whereas the world may look at them as very aggressive and politically awake, Politicians from Rukungiri have portrayed a power hungry attitude that one may wonder what their motive is.

The district has about five people vying for presidential come 2021 general Presidential elections.

The question is why don’t they form a synergy and work together if they are patriotic.  Their Parallelism in contesting for the Highest Political seat can’t be looked at as a wave of patriotism but a selfish and careless shot for the Presidency.

Media reports suggest that Rukungiri is a pain in H.E Museveni’s Presidency, identifying members who were his allies but now opposing him. The analysis is based on Amama Mbabazi, Col (Rtd) Dr. Kiiza Besigye, Late Gen Aronda Nyakairima, Lt. Gen (Rtd) Tumukunde and the new other members who have applied to the EC for clearance over the Presidential bid. They include Mr. Moses Byamugisha a lawyer, Mr. Ambrose Kyomukama a trader and Ms. Darlene Kamusiime.

A section of strong holds from Rukungyiri like Prof. Mondo Kagongyera and Athanasius Rutaro, a former constituent assembly delegate, have added a voice to the media reports claiming that Rukungiri people have a historical drive to participate in National Politics and are ambitious people but also awake to issues of National Politics.

However, the bitter truth is that due to a sense of self-entitlement and pride, these people have forgotten the issues pressing even their home district and are looking at disintegrating the district and the entire Country.

As Lt. Gen (Rtd) General Tumukunde is vying to challenge H.E President Museveni in the 2021 Presidential election, reports indicate that his son is also contesting for the parliamentary seat in Rungiri Municipality. This is a clear selfish sense that is manifesting.

It is ok to applaud Runkungiri strongholds for contributing to the NRA struggle that brought President Yoweri Museveni to power. It is also important to look at History. Rukungiri Politicians were the ones who moved the motion to make the ruthless dictator of all times Iddi Amin Life President. What does that mean? That these people have no side, they are people of intrigue as manifested in their behavior.

Prof. Mondo Kagonyera who also hails from the same region by his wit of being a professor has made a conclusive assumption in one of the media that “these are individuals having ambitious and personal interests,” which I want to believe too.

He added that none of these people has consulted the people of Rukungiri and that this manner of ambitions is so strange to the natives. This means that they need to be looked as individuals who are using the locals and spoiling the name of Rukungiri.

Share
Facebook
Twitter
WhatsApp
Previous articleTumukunde and Rwanda: Why Uganda Needs No Foreign Intervention
Next articlePeople Power Continues to Contradict Self Over Supporter Deaths and Ideology