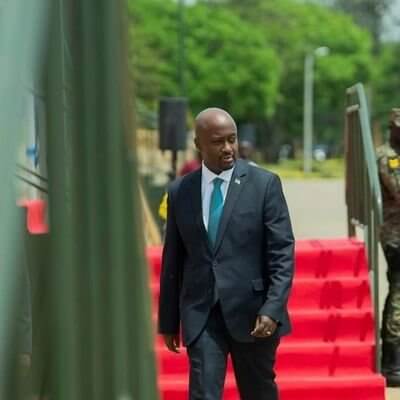 Rwandan Foreign Affairs Minister, Richard Nduhungirehe has been fired by his boss on charges of “continually acting on personal opinions over government policies” by his boss Paul Kagame.

Nduhungirehe has been notorious in the spat between Rwanda and Uganda and actively used his Twitter account to discredit the government of Uganda and many times attacked Ugandan officials online.

His behavior was however entertained for long inspire many people warning him to be cautious with his online battles even at a time when Rwanda and Uganda were holding bilateral talks, the junior Minister never resisted to withhold attacks. His behavior was almost synonymous with his country’s combative position on diplomatic matters though it always seemed so juvenile and uncoordinated.

His firing on social media has attracted alot of euphoria on the platforms, indicating that he was really unpopular for an ambassador.

We wait to see if this action is part of policy reversal from the Rwanda government or a one off action against a lost sheep.