The territorial Police in Namutumba is pursuing a Harrier driver reg. no. UBJ 056L for allegedly knocking dead a 5-year-old child and ran away.

According to Namutumba Police, the incident occurred the morning of December 23, 2022 in Namutumba Town Council, Budongo Zone-Central Ward along Mbale-tirinyi road.

The Busoga East Police Spokesperson, Diana Nandawula said that the deceased was identified as Naigaga Mwatumu, daughter to one Ibrahim Tigwandaye, a resident of Nawaikona village in Namutumba District. 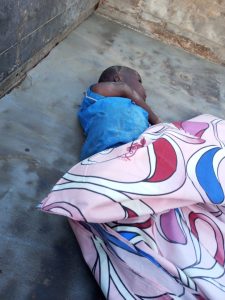 Nandawula added that after the incident, the driver abandoned the vehicle and is currently on the run.

“The deceased was identified as Naigaga Mwatumu, a daughter to Ibrahim Tigwandaye from Nawaikona village. The driver of Harrier registration number UBJ 056 L (Kawundo) ran away after the accident occurred, leaving the vehicle at the scene,” she said.

According to Police, the vehicle is currently parked at the station as further investigations are ongoing to establish the whereabouts of the driver.

“As police, we are investigating the real cause of the accident and cracking down on the suspect who is currently on the run. The rest will follow after thorough investigations have been done,” Nandawula added.

The Police has taken the body of the deceased to Nsinze Health Centre IV in Namutumba District for postmortem.

A Police report has indicated that over 20,000 offenders were cited for traffic offences between the 1st and the 19th of December 2022. Police have further cautioned drivers against reckless driving especially during the festive season.