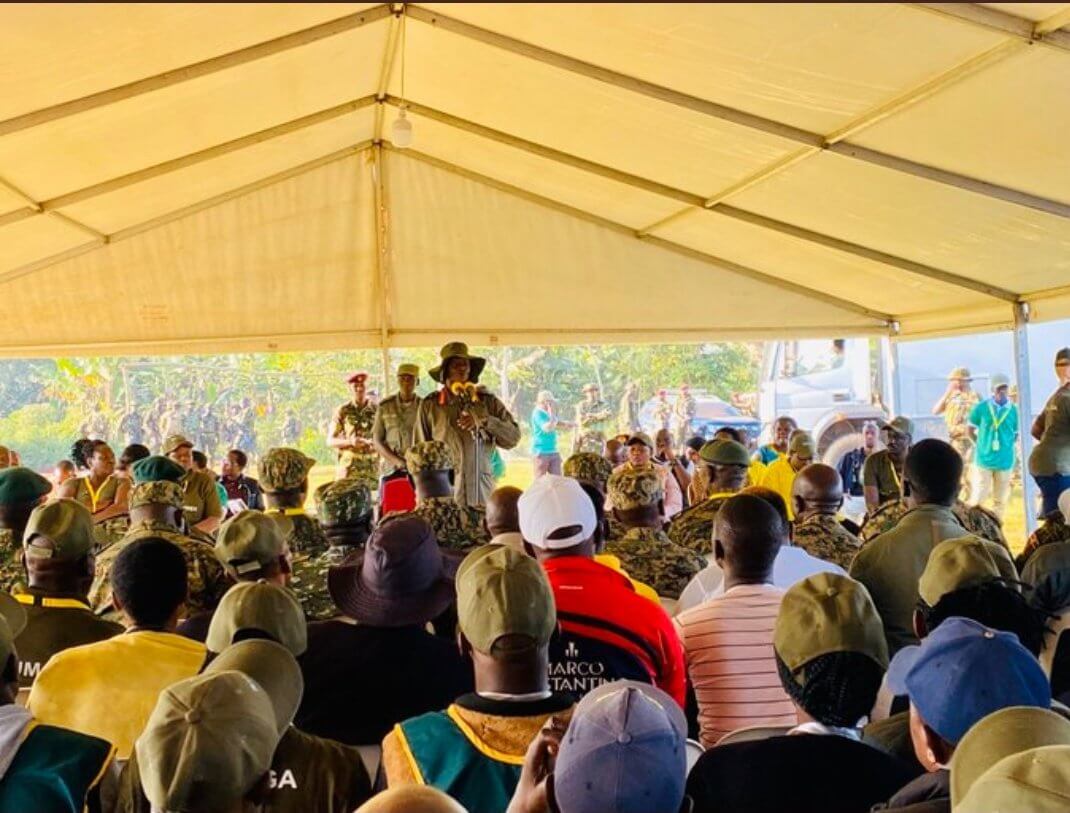 President Yoweri Museveni has come out to clarify on why he has been giving out brown envelopes to people during his walk through the Luwero triangle districts.

According to the president, the envelopes are a preserve for elderly people that he meets along the trail and former contacts that helped him during the war and as thus are a form of appreciation for the assistance they extended to him.

The clarification comes after a number of social media commentators criticized images of the President offering help to the citizens.

The President further said that it was important that he, himself met these people so as to gauge for himself their living conditions and also test to see if the systems and institutions in place were working. Through the walk, he would also be in pole position to identify what the communities lacked and how they could be helped to benefit from the country’s development projects.

The President expressed regret at the state of the roads along the trail yet the districts had received new equipment for that purpose but also commended the UPDF for a job well done in the Operation Wealth Creation for delivering great coffee seedlings to the communities.

He also added that it was important for him to teach the ‘bazukulu’ this history and remind them of the importance of sacrifice in this world.

A number of critics had used the President’s occasion to take cheap shots at him and his methods of governance. But as typical of his rule, the President has demonstrated that he has the personal approach needed to keep in touch with his people.