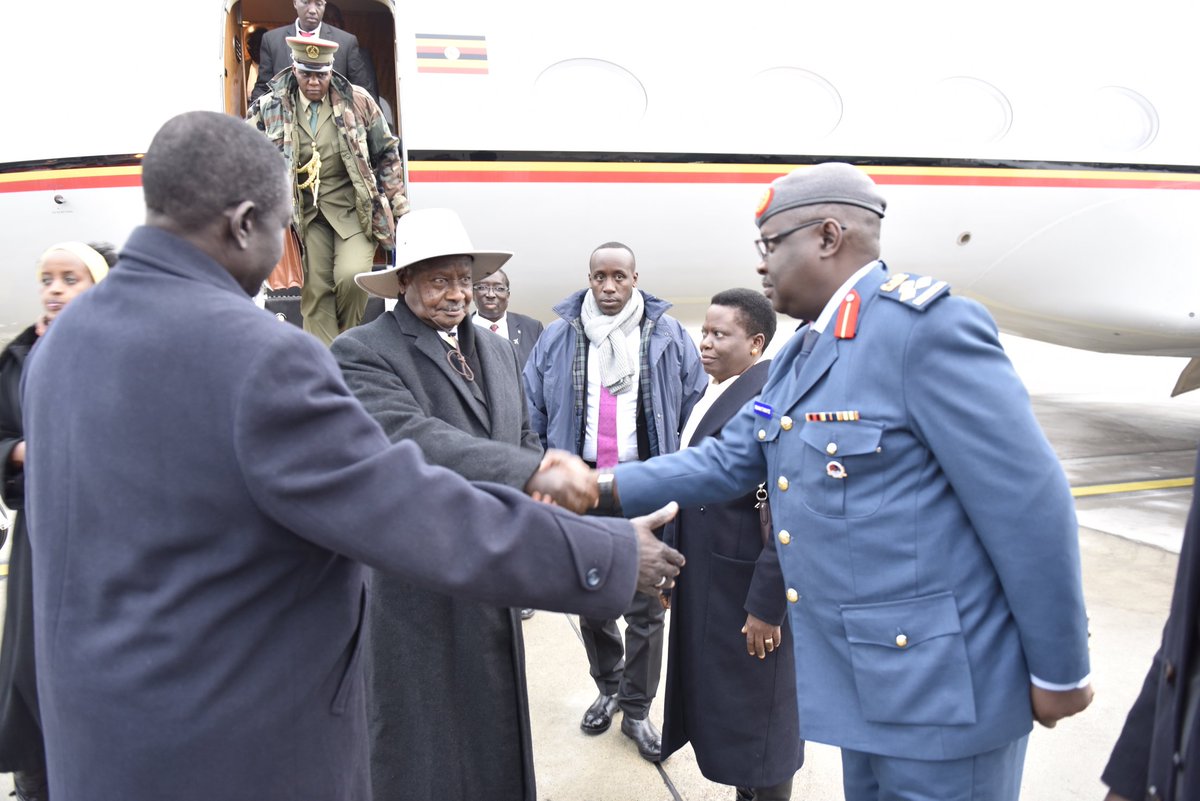 President Yoweri Museveni has today arrived in Davos, Switzerland where he will join other leaders at the World Economic Forum. Today, the President will hold a breakfast meeting on the theme “Shaping Africa’s Agenda in Global Context” and later be part of a panel discussion titled “Peace building in Africa”.

According to this year’s report, Africa’s economic outlook is positive. According to the International Monetary Fund, almost half of the 40 fastest-growing emerging and developing countries are in Africa. Since 2016, almost half of these countries have experienced a change in political leadership, in most cases through democratically held elections.

As a tribute to growing regional cooperation, in March 2018 the African Union launched the African Continental Free Trade Area, which envisions a single market expected to generate a combined GDP of more than $3.4 trillion and benefit over 1 billion people.

While significant progress has been made on Africa’s political and economic transformation, the continent continues to face significant challenges. Geopolitically, new economic alliances are altering traditional relationships and spheres of influence. Pockets of conflict persist, and fragility is increasingly exacerbated by climate-related environmental vulnerability.

With an estimated investment gap of over $1 trillion a year to finance the Sustainable Development Goals, the continent is also challenged to create 18 million jobs per year until 2035 to absorb youthful labor market entrants.