President Yoweri Kaguta Museveni has called on participants from Member countries of the South-South and Triangular Cooperation (SSTC) to work together to ensure global affluence for all their people.

The President made these remarks at the closure of the 3 day South-South Cooperation for sustainable Development 2023 Forum at Speke Resort Munyonyo on Thursday 19th January 2023. 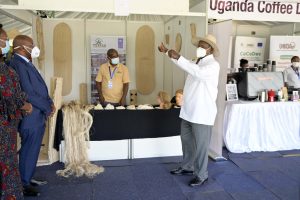 According to President Museveni, member countries need  to address the issue of global affluence, stating that partial affluence in only a few countries is not needed.

“It is now time to incorporate on ensuring affluence for all our people and what it means because when I produce a good or a service, we need a consumer to buy what I produce,” President Museveni said.

He added that if one produces a good or service and nobody buys it, then one gets stuck and cannot have affluence. 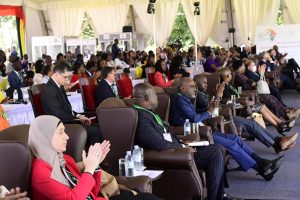 The President advised against parasitism and encouraged working together for member states to achieve prosperity.

“I am against the system of parasites where one feeds but doesn’t give back. It is not necessary.  Member countries should embrace symbiosis where people equally gain from working together,” President Museveni said.

President Museveni also called for trade among the cooperation partners and North-South members, saying that this will address the challenge of market for sustainable development. 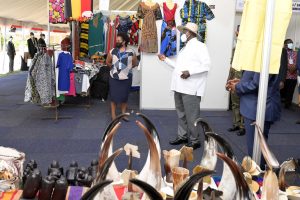 South-South and Triangular Cooperation (SSTC) is a development and Humanitarian programming modality mandated by the Member States of the United Nations as articulated in numerous International Agreements and UN General Assembly resolutions.

Views: 106
Previous article
‘Foot Soldiers’: Who They Are, Their Purpose and Who They Work For
Next article
Remove Your Kiosks, Advertisements off the Road Reserves – KCCA to Hawkers