Police in Mitooma District is holding two men found in possession of twelve (12) elephant tusks and twenty-four (24) teeth of hippos.

The two were picked from Mitooma Guest house, located at Ward IV in Mitooma Town Council, Ruhinda County during an intelligence led operation. 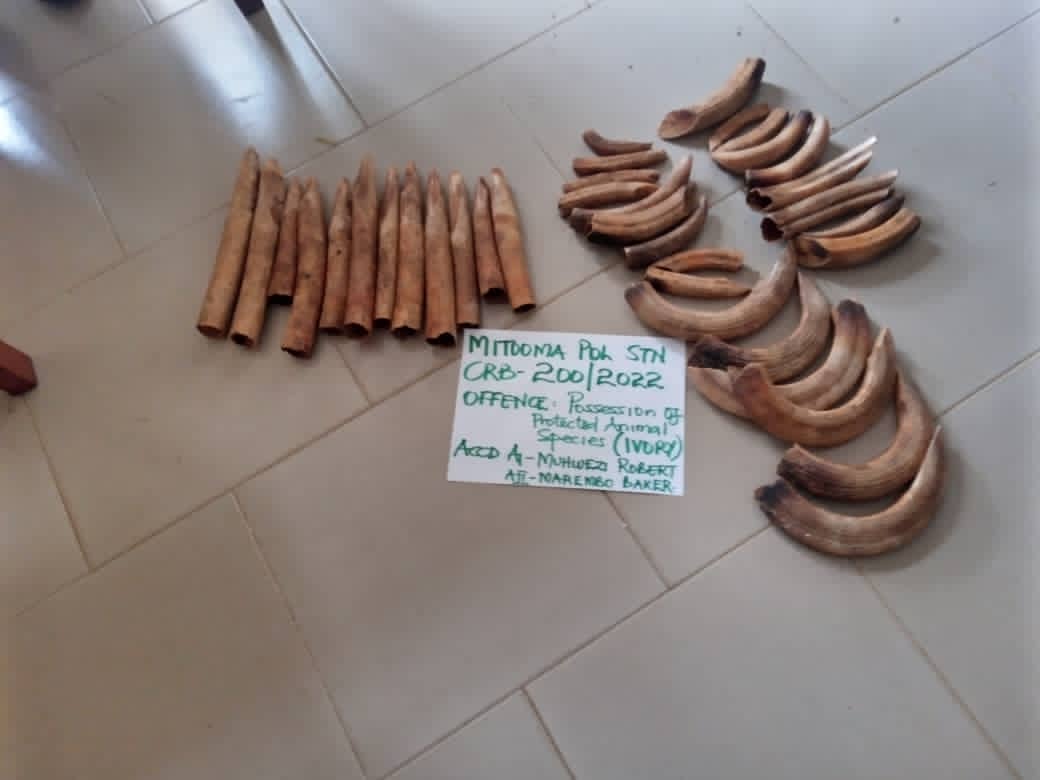 During the Police operation, one of the ring-leaders Gumoshabe Abdu a 43-year-old residing in Rubaare II, located in Kagango Ward of Rubaare Town Council, Rushenyi County in Ntungamo District managed to narrowly escape and is currently on the run.

They are being detained at Mitooma Police Station and charged with being in possession of protected wildlife species under CRB: 200/2022.

The DPC of Ntungamo Police ASP Patience Baganzi says, police is doing all it takes to have the third suspect arrested and brought to book.