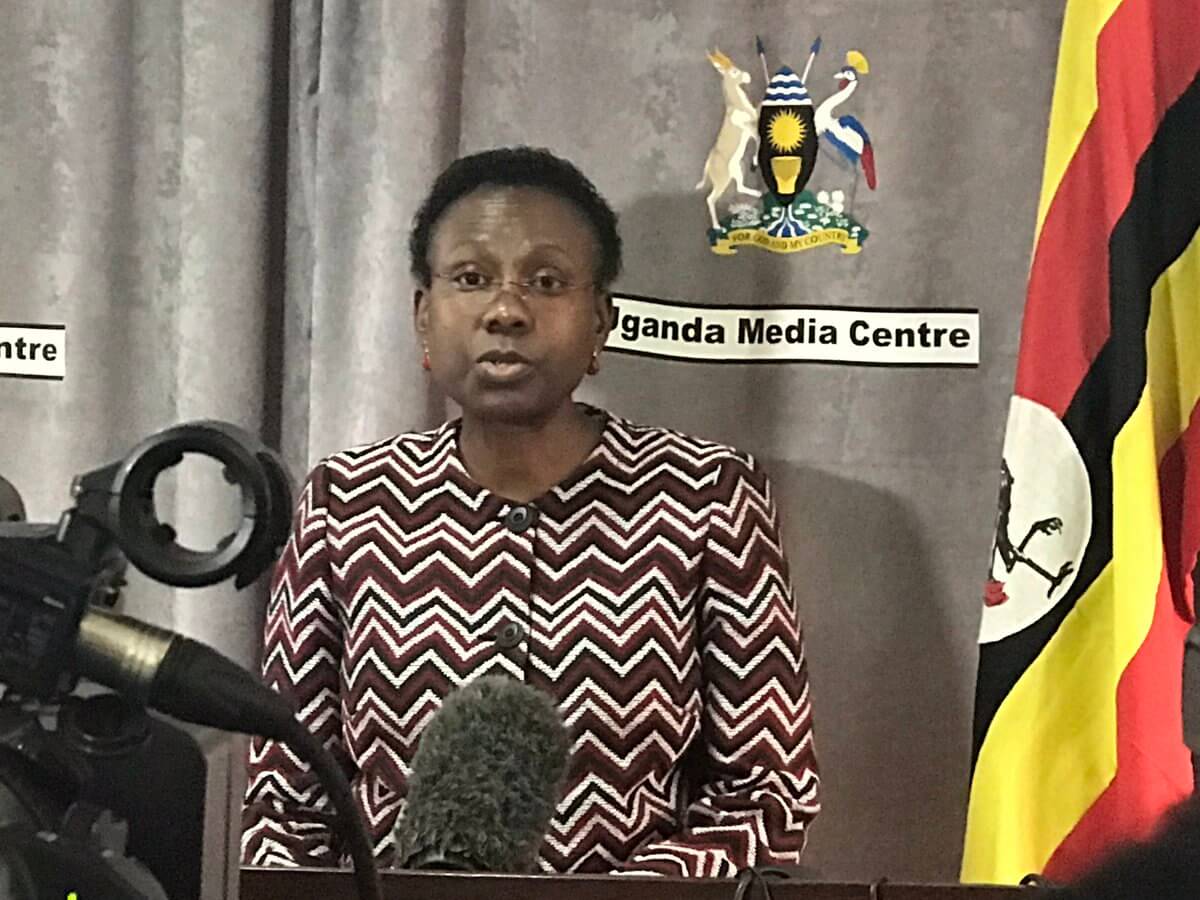 Ministry of Health (MoH) has urged Ugandans to remain calm in the wake of news that there is a confirmed Ebola case of 5-year-old boy.

Jane Ruth Aceng, Minister of Health, while addressing the Media in Kampala on Tuesday evening assured the public that Uganda has been prepared to tackle the virus for the last 10 months and undoubtedly, the virus will be contained.

“Uganda has been in preparedness mode ever since the Ebola outbreak was declared in DRC. Now, we move into response mode,” she said. 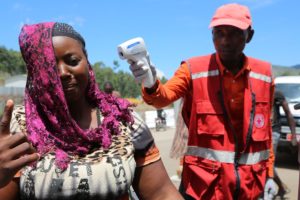 Aceng said the boy who had travelled with his mother to Democratic Republic of the Congo (DRC) to nurse her father, who succumbed to the same, has since been isolated at Bwera Ebola Treatment Unit together with some of his family members, their blood samples taken and sent to the Uganda Virus Institute (UVRI) and that eight contacts have been identified and are under close monitoring.

The Origin:
The boy’s mother is of Congolese origin but got married to a Ugandan man and settled in Kasese District. The mother and the son returned to Uganda through Bwera border post on June 10 together with four other family members of Congolese origin.

According to Aceng, the family sought for medical care for the boy at Kagando Hospital where health workers identified Ebola as a possible cause of illness after he presented symptoms of vomiting blood, bloody diarrhea, muscle pain, headache, fatigue and abdominal pain.

“Health officials were alerted of the presence of contacts of an Ebola case from DRC and their phone contacts were provided for close monitoring by their counterparts across the border. All the other Congolese family members have since been isolated at Bwera Ebola Treatment Unit and two of them had their blood samples taken and sent to the Uganda Virus Institute (UVRI) after they too developed symptoms similar to that of Ebola. Eight contacts have been identified and are under close monitoring,” said Acheng.

MoH’s Intervantion:
MoH says they have vaccinated over 4700 health workers in 165 health facilities. The Ministry says it will undertake ring vaccination of the contact cases and other non vaccinated health workers as a preventive measure during the current outbreak in neighboring DRC that has claimed at least 1390 lives.

About Ebola:
Ebola is a severe hemorrhagic disease that is spread through contact with the body fluids such as vomit, blood and faeces of a person sick with the disease. The symptoms can be sudden and include fever, fatigue, muscle pain, headache, sore threat. 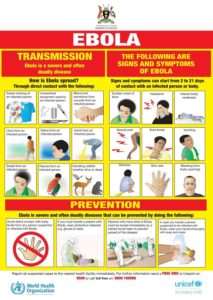 According to World Health Organization (WHO), people who have been in contact with someone with the disease are vaccinated and asked to monitor their health for 21 days to ensure they do not become ill as well. The trial vaccine being used in the DRC and by health workers in Uganda has so far been effective in protecting people from developing the disease.

The Ministry urges the public to report any suspected Ebola case to the nearest health facility or on toll free number 0800203033.