Minister of State for ICT Cautions Journalists against Biased Reporting 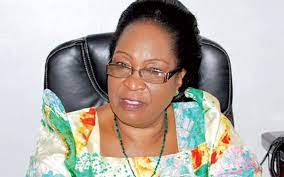 Minister of State for ICT and National Guidance, Joyce Nabbosa has cautioned journalists against reporting biased News with intent to spoil Government image.

The caution was made as ICT Ministry announced the new communications and National Guidance task force that will be working to ensure Government communication and disclosing fake news.

“You are reporting negatively all the time. Even when something is good you turn it the other way round and the community receives only the negative things from the government. This is not good,” the Minister said.

She added that the negativity is too much and everything is not pleasant.

She said that even if one does not love this government, it’s vital to report what’s good for the country because it is our country.

Chaos is not desirable and according to her some journalists seem to want chaos as depicted through the biased reporting.

She noted that there are many areas in which the government has achieved. But because of the reporting, journalists leave them and people think the government is doing completely nothing.

According to the events that were unveiled during the recent Political Campaigns, some of them are sponsored by state enemies who sponsor activities that cause unrest which can be spread News reporting.

Last year, a video that went viral on social media platforms mostly on Tik Tok, announced president Museveni was dead which was untrue. However, this was widely spread to the extent that main stream media reported on it instead of correcting the information.

This makes one doubt whether the fourth arm of government is capable of upholding the country together from while inciting violence and promoting falsehoods.