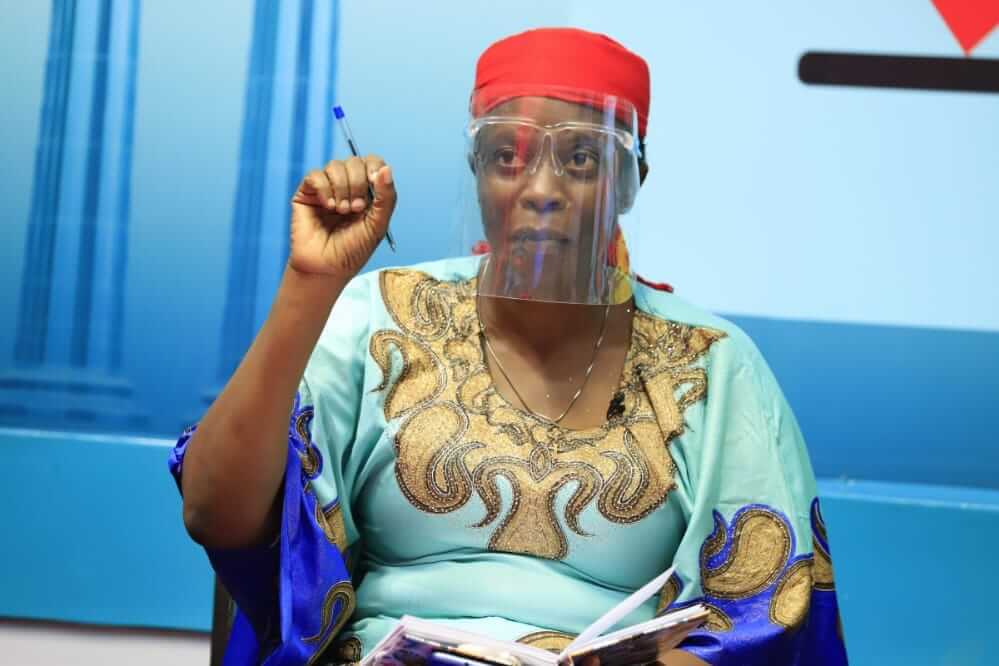 Following revelations from a leaked letter earlier this week from the LGBT foundation United Kingdom over facilitation of the National Unity Platform party, a section of members formerly from the Democratic Party have come out to express discontent over failure to benefit from the funds during the expensive electoral campaigns.

The group led by MP for Mukono Municipality, Betty Nambooze have in a Facebook post expressed misery over the high cost of scientific campaigns and the displeasure of being side-lined by mainstream NUP leaders in distribution of funds meant to facilitate campaigns.

“Some of the leaders in this party have become shameless and boycotting the party at this moment would not be beneficial. Boycott only works when the people you are protesting against can feel some level of shame”, lamented the grief stricken Nambooze.

“We did not join NUP because we are after money but because we wanted to make an impact in the struggle. But some of the people close to Bobi Wine have their own motives”.

Only yesterday, NUP Spokesman Joel Senyonyi came out to clarify that the funding from the foundation was not only meant for political activities but also to facilitate other human rights activities in the country especially the marginalization of the LGBT community in the country.

“This letter has been making rounds on social media. When you see state functionaries pushing, then you know they are feeling the pressure exerted by our donors who are hungry for change. Let’s keep pressing on, they are feeling the heat!”, said a resilient Ssenyonyi in a tweet. 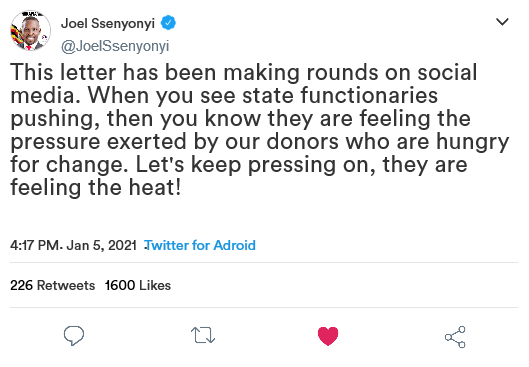 On the other hand, the DP Bloc members seem resigned to their fate.

“The only way you will succeed is by placing your fate in the hands of the Lord and not men, remain optimistic and do your part with grace. May the Lord see us through the elections”, said Nambooze, seemingly giving up to fate.