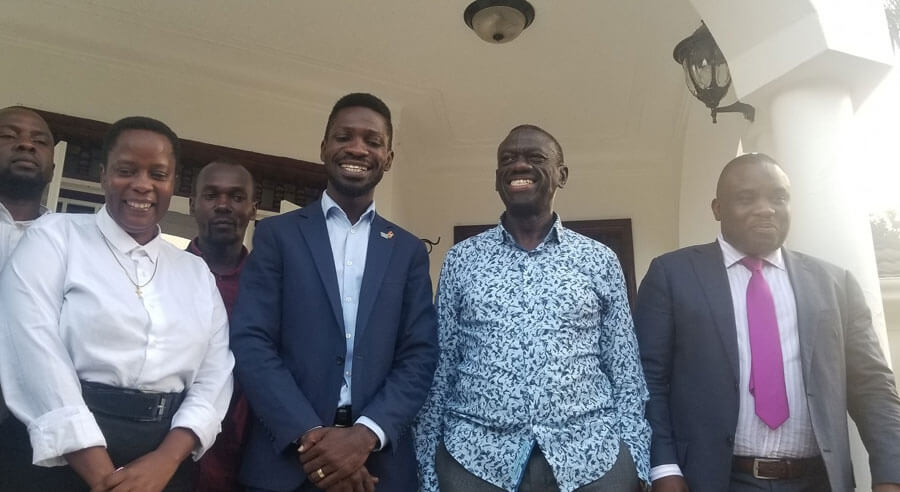 On 8 October 2019, the Uganda Police in a letter addressed to the People Power group, turned down a request for the latter to hold a concert on the 9 October. It was slated to be held at Bobi Wines’s One Love Beach in Busaabala on the basis that police would be stretched due to efforts to provide law and order in other parts of the country.

As typical with their camp, the people power group was not willing to listen to this advice and held a press conference in which they vowed to go ahead with their attempt to mobilize their followers at the concert and stage a demonstration on Independence Day.

This is not the first time that Bobi Wine and his group have attempted to defy lawful orders to heed to security advice. He has on a number of times in the past used this as a means of staging running battles with police. And as sure as day follows night, the artiste managed to escape from preventive arrest at his residence and made it to down town Kampala, stirring up a crowd and running up and down as he was chased down by police.

There is nothing inherently new, par his comedic and daring actions of jumping on a moving motorcycle with little though to the life of the rider and that of his own. Very little can be made of this action especially for a man that intends to run for the highest office in the country while making a mockery of it at the same time.

All this has been done before by a former presidential candidate seeking both local and international sympathy for his cause. Kizza Besigye made this a regular habit and even though the two are now political foes following another fierce confrontation in the Hoima By-election, it is clear Bobi Wine is reading from the Besigye Cookbook and just like a poor student, he is directly copying the recipe and applying the old, tested and failed techniques.

The public has already gotten used to this act and even though they may find it amusing, it is unsustainable and fits into the cliché that Bobi Wine is just the same old Wine in the proverbial new bottle and is nothing more than a slogan merchant. He has done nothing thus far to distance himself from the archetype and to the contrary, he has done everything to fit into it.

What else did we expect? A few disillusioned opposition sympathizers may have looked at him as a new messiah, but he clearly presents no new ideas and nor does he have a new approach to their aspirations par periodic mimic of Besigye and his ill fated approaches in the past to gain political traction.

If anything, his independence day antics do demonstrate what his naysayers have always reiterated, he is no more than a new kid on the block whose lack of defining ideology and defined approach will be his undoing and given enough time, his light will suffer a gradual and eventual fizzle that will be befitting of his character.