Kyagulanyi and NUP agitators stop crying foul, do self introspection 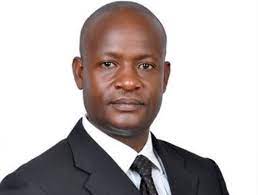 Dear NUP sympathizers, the issues you raised are global and societal problems not only limited to Uganda but the whole world. Corruption, torture, human rights violations and etc are even prevalent in the US and live in the UK, China , Germany, Japan , South Africa and Brazil etc.

The Ugandan government does not go on a killing spree but when you partake in subversive activities like for the case of Rwenzururu kingdom in Kasese don’t expect a red carpet to be rolled for you as a criminal. When they tell you follow the laws of the country and say you are NUP and therefore untouchable, then don’t cry like babies when you are reprimanded by the police force of Uganda .

When they come for you as a suspect and you want to fight law enforcement officers to remove their eyes, to grab the state weapons state agents are carrying because you put on red and shout on top of your voice the name Kyagulanyi, then don’t expect to be treated in a VIP style while being arrested.

When you go on social media or mainstream media and preach violence, call for Unregulated demonstrations in any city , town or urban setting and demonize the sitting leadership or elected officials of Uganda , you do it because you are NUP agitators and you have friends in America that flashes pictures of dead bodies in the media in America and around the world, pictures of lynched petty thieves by your NUP hooligans.

Pictures from a different context or conflict after photo shopping in most cases. You also sweet talk homos and imperialistic agents to give you money and create scenarios to say Uganda is a bad place, the country is evil, there is a lot of intolerance in the country.

Peddling misinformation and maliciously blackmailing the Ugandan elected government is your trade but it’s soon hitting a snag and some of you will answer for crimes committed under the cover of elections. Who told you to hate yourself by being a sell out in this country.

How come you Anna and other NUP agitators around you , have not been arrested or brutalized. The ones arrested , detained and interrogated have serious questions hanging on them. They are certified suspects and criminals being probed by the state agents. The NRM government security apparatus comes in when you transgress in your activities as a citizen, but they don’t come into your peaceful homes to get you when you have done nothing.

The police of Uganda does not pride itself by arresting innocent people. They don’t seek glory by detaining innocent citizens. They only arrest suspects and align them before courts of law for prosecution.

You talked about torture in Kityalya Prison but do you expect your Njaga supporters of NUP who provoke prison wards and security with nasty insults, throwing objects like bottle and shoes to security and prison staff not to be contained or asked to refrain from harming the security and other prison staff?

The NUP agitators think the world is theirs only, whether out or inside prison, extremely arrogant, abusive, dangerous and doing horrible acts like attempting to break the prison doors, windows, drilling walls to create escape routes out of prison and even destroying everything including breaking pipes of water, attempting to make even the prison environment unhealthy and ungovernable.

Attempting to grab weapons from security around the prison, jeering at everybody including the prison management and security, messing up the prison cells when there is a toilet to use inside the prison, breaking the toilets inside prison cells simply to destroy the prison infrastructure and facilities that cost the tax payer and government a lot of money to put up and repair also attempting to rape women working for the prison facility etc.

Above all who doesn’t know your boys and girls that think it’s either their way or no way at all for the whole country.* stubbornness, highly intolerant , even online, here ever threatening peaceful citizens, bashing and trashing even the God- given authority in this country. NUP agitators are a law onto themselves and certainly they have to be tamed and rehabilitated to make the country free from conflicts, troubles and mischievous activities.

The taming process is but not limited to holding you under strict conditions and you attempt to fight, you get beaten and remember prison is not your home, you have limited rights as a prisoner according to the law. You may not have access to good medicine while in prison , you may not have a chance to see your personal doctor or visit a hospital every time you want, your movements are highly restricted because you ‘re considered a dangerous character to the Citizenry out in society.

You may not even have freedom to complain because some of your rights as a citizen once arrested are left at the gate of any prison in the world. So avoid trouble, be a law abiding citizen and nobody will ever interfere with your life as an upright member of society.

Go to South Africa and see what is happening in the prison environment, their streets, the police there ever either arresting or gunning down criminals. Go to the US, in almost all states the police there shoots dead suspects even when their hands are raised in the air. They gun you down , international media has everything in that regard.

There is day to day mass shootings of even innocent people in every state of the United States. In offices, shopping malls, churches, mosques, buses, train stations etc. Gun violence is the order of the day and people are arrested there in the US every minute but here in Uganda some people like NUP leaders wholesale incite the population and want to be left free to continue committing crime day in day out .

NUP leader Robert Kyagulanyi has never ever in his life come out to protect using a statement in the press or media those who don’t support him. He has never spoken about looting, rape, threatening peaceful citizens, fighting or harming policemen and other security apparatus agents, he has never called his accomplices in crime to tone down their insults directed towards the population that doesn’t support their agenda.

He has never told his supporters never to use fire to burn the country or Kampala city in particular. Kyagulanyi has no qualities of a good leader who has both command and control skills to manage his unruly supporters especially in the central region where he got the highest votes in the recent presidential elections by fault . The day the NUP agitators and leadership understand that the laws of this country must be followed whether they are bad or good laws then that’s the moment commotion will end in this country.

Playing victim after committing crimes will not help NUP and other criminals hiding behind Opposition politics in Uganda. This country Uganda, can’t, will not and shall never be held hostage by those NUP hooligans and self seekers. With their moneyed gay and lesbian friends in America and other parts of the world.

The sovereignty of Uganda will at all times be guarded jealously at any cost including the very highest cost to the elected government and all responsible citizens of this country. Uganda is peaceful and our prevailing peace, dear citizens is all we have for the future Prosperity of this country and Africa as a continent. Make no mistake of disturbing Uganda’s peace because it was attained after a lot of heavy and deadly sacrifices prior to 1986 to date.

Share
Facebook
Twitter
WhatsApp
Previous articleUS AND EU CAN’T AFFORD TO LOSE THEIR STAKES IN UGANDA
Next articleAllergies And Covid19 Vaccine: What You Need To Know