The territorial Police in Kampala has blocked the end of year prayers that had been planned by opposition politicians (United Forces of Change) at Sharing Hall in Nsambya.

According to Police, the prayers which were slated for Friday, 30th December 2022 at 9am, were barred by Police after members of United Forces of Change failed to notify Police of their planned program.

Police added that the members were expected to first seek clearance from the Inspector General of Police before planning to hold their prayers as it was resolved by security agencies to have all public events cleared by the IGP.

The Kampala Metropolitan Police Spokesperson, Patrick Onyango advised the organizers to seek clearance before they can go ahead with their planned prayers owing to terrorism threats in the country. 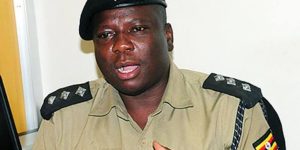 “Owing to terrorism threats in the country, security agencies resolved that all public events in the country must be cleared by the Inspector General of Police. The planned end of year prayers organized by the United Forces of Change at Nsambya Sharing Hall today were not cleared and therefore, it will not take place,” Onyango said.

He appealed to the members of the public not to attend the illegal gathering at Nsambya Sharing Hall due to be held today.

The organizers of the event were Dr. Kizza Besigye, the leader of People’s Front for Transition (PFT) and Robert Kyagulanyi Ssentamu aka Bobi Wine, the leader of National Unity Platform (NUP). Other leaders included Joel Ssenyonyi, David Lewis Rubongoya and Doreen Nyanjura.

Police recently issued guidelines for the New Year celebrations. Police also advised the public to be vigilant while attending any public gatherings due to terrorism threats in the country.

Views: 229
Previous article
Accident claims One on Fort Portal-Bundibugyo Road
Next article
Armed robbers make off with Shs50m and 6 phones in Bweyogerere