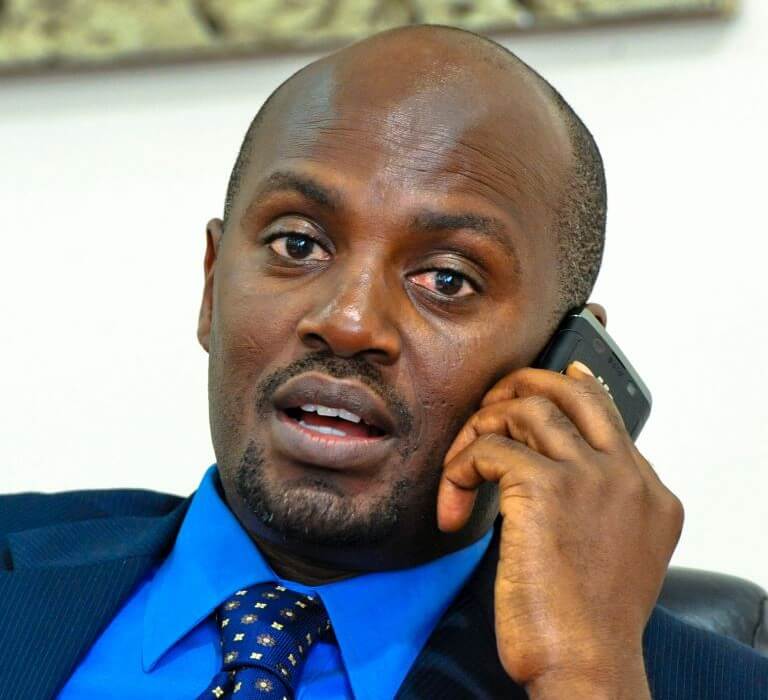 Infamous gay activist and veteran political journalist Andrew Mwenda has been sacked by Rwandan president Paul Kagame from his signature 23 member Presidential Advisory Council (PAC). In the latest meeting of the PAC held on Sunday in New York on the sidelines of the United Nations General Assembly, Mwenda was absent.

The PAC is an exclusive group of intellectuals versed with knowledge in different fields and from different nationalities who provide strategic advice to president Kagame and the Government of Rwanda.

The PAC held its first meeting on September 26,2007 in New York on the sidelines of the UN general assembly and Clinton Global Initiative. Former British premier Tony Blair was among the pioneers of the PAC.The PAC officially meets in April and September annually, but Kagame’s advisors interact with him depending on the principle’s need of their advice. Discussions at the PAC are aimed at identifying innovative and pragmatic interventions that drive Rwanda’s social economic development as well as providing ideological alternatives to President Kagame.

Mr. Mwenda was appointed to Kagame’s 23 member PAC in September 2011 during the group’s annual fellowship in New York. Mwenda is also the editor of Rwanda Special projects,a propaganda magazine with the motive of promoting Rwanda’s social cultural heritage with the ultimate aim of turning the former genocide plagued nation into an international tourist destination.

The relationship between Kagame and Mwenda started it’s collapse after the Uganda-Rwanda border conflict that culminated into the closure of the Katuna border post. Mwenda was accused by Rwanda nationalists of harbouring divided loyalty and refusing to clearly define his side. Mwenda faced a conflict of interest between his motherland of Uganda and his paymaster of Rwanda. Mwenda’s overwhelming silence on the feud led to a negligence of his propaganda duties to the government of Rwanda. Rwandan nationalists consequently used social media platforms such as Facebook and Twitter to express their discontent in Mwenda heaping pressure on Kagame to sack his longtime propaganda machine.

There’s a school of thought that subscribes to the idea that Mwenda’s obsession with the people power movement and it’s youthful leader Hon. Robert Kyagulanyi distorted Mwenda from his propaganda assignments from Kigali.Mwenda rather than penning deceptive narratives on behalf of Kigali, rather dedicated a remarkable amount of time and resources on the ghetto president engaging in a propaganda war against the people power movement counteracting the popularity of it’s leader in favor of the NRM regime that Mwenda used to hate so much.

Political observers also cited disgraced former Inspector General Of Police Kale Kayihura as among the causes of Mwenda’s problems with Kigali. Mwenda being an opportunist has traded his allegiance to the fallen general making it his duty to protect Kayihura’s image. Mwenda is the mythical two faced dragon that thought it could serve more than two masters at the same time. Mwenda is famous for blackmail and extortion of prominent political figures who he tells that he can change the truth if paid in dollars.

The PAC is an effort by the despotic Paul Kagame to brand himself as a darling of the West henceforth using western advisors. Prominent members of the PAC include Ashish Thakkar-a Rwandan based businessman who deceived Kagame that he will be manufacturing smartphones in Rwanda by 2018,Dr.Donald Kaberuka, Michael Roux,Sir David King among others.

What President Museveni and Kagame have agreed to do