The International Criminal Court (ICC) has upheld the 25-year sentence in former LRA leader Dominic Ongwen’s appeal case.  The former LRA lead was contesting the trial chamber’s ruling for a 25 year sentence and trying to get the sentence reduced. However, all 90 grounds for appeal by Ongwen were dismissed.

The judgement was passed yesterday 15th December 2022, at the Hague appeals chamber.

In dismissing the appeal, court was of the view that the applicant failed to prove to court with evidence that the lower court erred in law, when it convicted him on 61 counts of war crimes and crimes against humanity.

The appeals judges also rejected Ongwen’s claims that he was a child when he committed the crimes and that he had mental illness, noting that he played a big part in the horrors committed by the LRA. 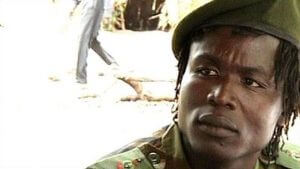 The period of his detention between 4th January 2015 and 6th May 2021 will be deducted from the 25years of imprisonment imposed on him.