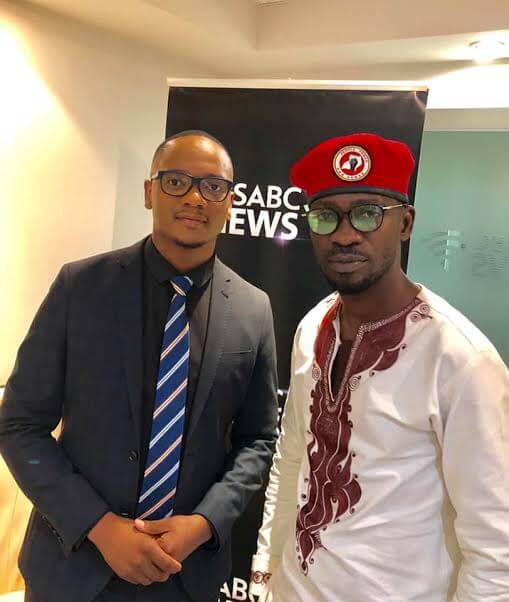 People Power leader Bobi Wine while on his daily trips abroad shocked viewers while appearing on South African Television, SABC when he said that he respects and understands what homosexuals go through.

This is the latest evidence that bobi wine does not share the beliefs and values of the average Ugandan and their culture and further strengthens the allegations that he serves the interests of the West, especially the Homosexual and Gay Lobby.

Bobi Wine has visited many western countries of late and it is widely known that he is mobilizing funds to beef up his war chest ahead of the 2021 general elections.

Prior to these visits, it was not known to which lengths the singer would go to assume power.

But like many analysts have pointed out before, bobi will explore all means possible amid allegations of human sacrifices and ritual murders at his one love beach in busabala.

The gay question has brought a lot of friction between the current government and a number of advances had been made by the government in this regard include the successful recall of former Ambassador Deborah Malac and that of former French Ambassador all of whom where strong proponents of homosexuality legislation in Uganda.

Whereas Uganda is accommodative of the gays, many in the west still see our laws and policies towards them as aggressive and have continually sought alternative leadership to protect their interest.

It would seem that they have finally got their champion in Bobi Wine.