Sources from Uganda Communications Commission (UCC) have revealed that the National Ebola Task force is gathering evidence to have Point FM’s frequency suspended over deliberate and continuous airing of content that puts the public at risk of contracting and spreading Ebola.

During the Mugobansonga program, the host Mutumbwe Bashir aka Africa states that the main reason behind the tight Ebola guidelines and lockdown is not actually to fight Ebola but to fight rebels suspected to be harboring in Mubende and Kassanda districts.

“Listen, the truth is that the mission of Government in Kassanda and Mubende is to fight rebels not Ebola,” said Bashir.

Mutumbwe claims that there has been suspicion of over 26 rebels who entered Uganda and have been seen looming around in Mubende and Kassanda. He says that is why there is heavy security deployment.

The host incites people to continue with their daily activities which definitely violates the Ebola guidelines from the Ministry of Health.

Schedule 4 under the Uganda Communications Act 2013 states that airing such content violates the minimum broadcasting standards which requires all media broadcasts to be factual, balanced and free from all kinds of distortions and insinuations.

Paragraph (a)(v) of Schedule 4 further instructs a broadcaster to ensure that every program aired complies with existing laws of Uganda.

Suffice to note that much as the Ministry of Health paid a hefty amount to the radio management to run Ebola sensitization programs, the presenters are maliciously de campaigning the health programs.

According to Section 171 of the Penal Code Act Cap 120, “Any person who unlawfully or negligently does any act which is and which he or she knows or has reason to believe to be likely to spread the infection of any disease dangerous to life commits an offence and is liable to imprisonment for seven years.”

105.1 Point FM violates all the above hence UCC revoking its license is imminent. 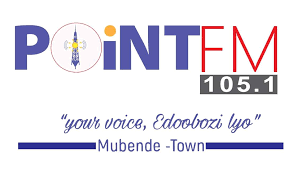